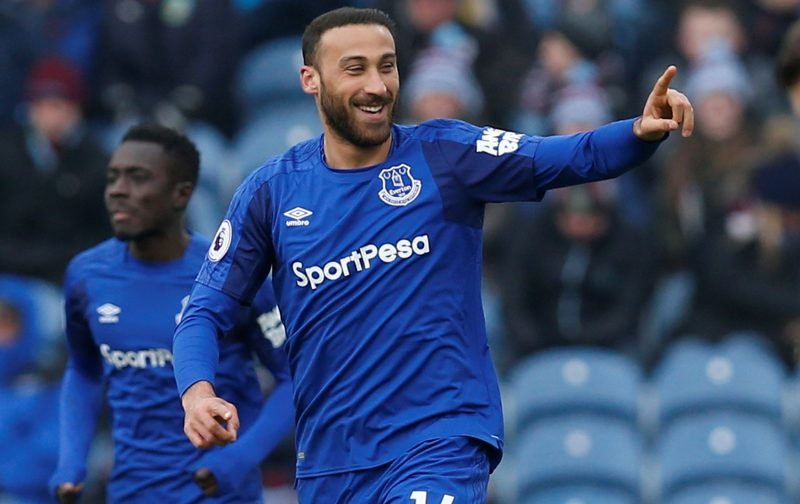 It would be an understatement to say that no player in the Everton squad currently splits opinion more as much as Cenk Tosun.

The Turkish international who has spent two and half seasons on Merseyside is a conflicting figure amongst Toffee supporters, with some believing that the 28-year-old attacker should be starting under Marco Silva whilst others think that Tosun should be shipped off as early as possible as Adam Jones from The Liverpool Echo reports.

Indeed, the summer window has been closed for some time now, yet Tosun has still managed to find himself linked with a move away from Everton as Sky Sports News report that the striker is the subject of interest from Qatari club Al Gharafa, who have until the end of September to bring in new signings.

Tosun, who earns a reported £60,000-a-week according to Spotrac, is seemingly a player that will only be called upon by Everton if there are no other options available with the Turkish striker playing just 16 minutes of first-team football with Dominic Calvert-Lewin and Moise Kean taking up the number nine spot in the squad as numbers from Transfermarkt show.

And for this reason alone, Tosun should be actively seeking a move away from Everton, especially if a club is interested in the Turkish international.

It is easy to forget how prolific the 28-year-old striker used to be before his move to the Premier League, with Tosun scoring 64 goals in 142 appearances for Besiktas as numbers from Transfermarkt show, and a move to a side that will be willing to play him regularly is something the striker should be strongly considering.

With Silva opting to choose youth over experience for the striker position, Tosun sees himself surplus to requirements at Everton, and with a Qatari club interested in signing him, the Turkish international should be jumping at the opportunity to join a side that are willing to take a chance on him, and get his career back on track.