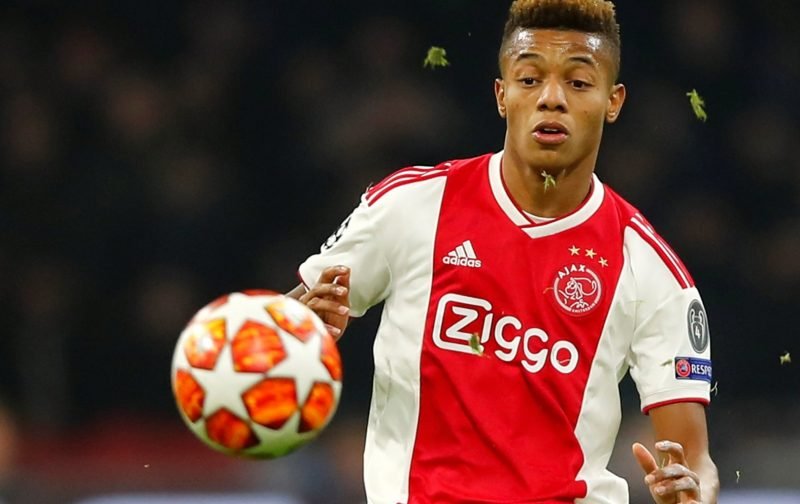 Everton have been heavily linked with Ajax winger David Neres this year, and it was even suggested last week that Director of Football Marcel Brands had entered into advanced negotiations with his Eredivisie side over a possible transfer.

The Brazilian has also been highly courted by Paris Saint-Germain ahead of a possible summer switch to France as well, but the winger longs for a chance to test himself in the Premier League.

That’s where we could step in, and some Toffees supporters are hoping Richarlison has been doing his best to strengthen our position while with Neres as part of Tite’s squad for the Copa America – which began for the Selecao on Saturday with a 3-0 win over Bolivia.

The pair enjoy a strong relationship, and the Liverpool Echo have even quoted Richarlison encouraging his compatriot to join him on Merseyside in the past.

“I’ve spoken to him about it already,” Richarlison said. “I told him the doors are open for him there, and that he could help us a lot.

“I hope he comes. He’d be very welcome there.”

The Echo have also suggested a move could cost us as much as £80m to £90million, though, despite previous reports in Brazil suggesting Ajax’s Director of Football Mark Overmars had made it clear he would be sold if an offer of €50million (£44.5m) was submitted.

If that’s the case, we will have to bank on Richarlison’s skills as an agent a lot more, but that has not stopped the former Watford star from humiliating his compatriot and friend during training.

Following Brazil’s opening Copa America win over Bolivia, the Selecao returned to training and Richarlison dazzled the Ajax man with some quick stepovers, before slotting the ball between his legs to leave Neres flat on the ground laughing at his own misfortune.

Richarlison shared a post of the incident on Instagram early on Monday morning, and when fans on Reddit caught wind, here’s what they had to say…