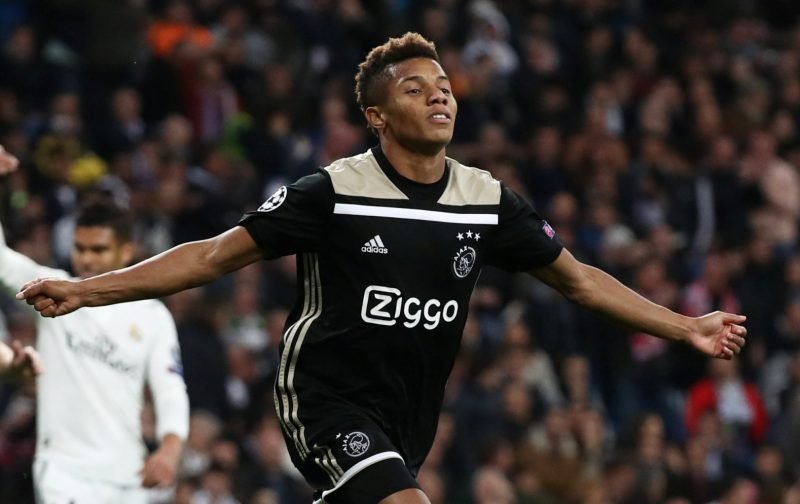 Recent reports suggested we had already been dealt a setback in our efforts to sign Ajax sensation David Neres, as Borussia Dortmund had offered the Eredivisie outfit €40million (£34.5m) for the Brazilian.

Marcel Brands, however, has not been cold on his heels, it seems, as The Telegraph understands our Director of Football has reached out to Ajax recently, and held talks over the winger’s availability.

We are not alone, though, as Arsenal have also made contact with the Champions League side, who held Juventus to a draw in midweek, thanks to a wonder striker by Neres shortly after the break.

Manchester United and Chelsea are also monitoring the highly-rated 22-year-old, with the Pensioners potentially eying our reported target as someone who can help fill the void Eden Hazard would leave if Real Madrid sign him in the summer.

Ajax, for their take, are not in any rush to cash-in on the Sao Paulo-native, who earned his first call-up to the Selecao in March, when Brazil beat the Czech Republic with Neres assisting one of their three goals.

For his Dutch outfit, Neres has also been regularly involved in the action, from either wing, with 12 goals and 15 assists in all competitions.

His capture, though, does not appear to be a priority for Brands, as per The Telegraph’s report, as they suggest our number one target remains Andre Gomes, and note that we have first refusal to make Barcelona an offer for the Portuguese midfielder.