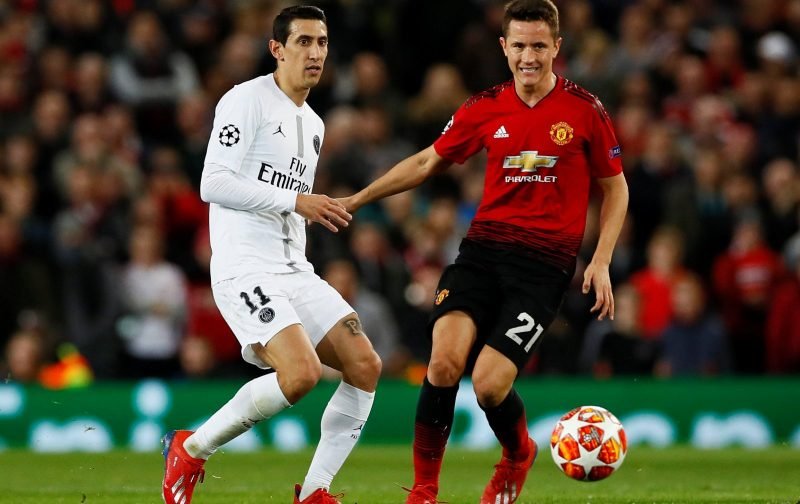 We have been forced to endure many torrid nights thanks to reports connecting Paris Saint-Germain with Premier League midfielders, via their efforts to steal Idrissa Gana Gueye from us in January.

Now, the Euro elite side are back making headlines with reports connecting them to top-flight midfielders plying their trade in England, but thankfully those are to snatch Ander Herrera from Manchester United when his contract expires in the summer.

It could be nothing more than revenge for their Champions League elimination at the hands of the Red Devils, but PSG were said to have offered the Spaniard a three-year, £200,000-a-week contract to ignore Ole Gunnar Solskjaer’s admiration of him.

The French media, though, do not believe this is the case, well, the wage part, as multiple outlets have run claims that, while PSG are interested in Herrera, they are not willing to pay him £200,000-a-week.

Le Parisien are one of those, and they note that contact has been made between the two parties, but the reported level of pay would be likely to fracture the dressing room at Le Parc des Princes, where integral first-team members like Marco Verratti and Marquinhos earn nowhere near that.

Now, while that has no direct effect on us, it does have repercussions on Merseyside, as United were said to be looking at Gueye as a potential ‘cheaper’ replacement for Herrera, and were willing to offer us a fee below £30million.

That would have been an insult to the great work he is laying down at Goodison Park, now that he appears to have come to terms with our January stance.

If PSG have changed their mind on offering Herrera a route out of Manchester, though, that insult may never come, and Solskjaer will get another chance to retain his services, having reintroduced the Jose Mourinho outcast into the starting XI on the back of the Portuguese’s sacking.

That would certainly be great news for all Toffees supporters, so long as Thomas Tuchel doesn’t then instruct the PSG board to make fresh efforts to sign Gueye, as they will still be short of defensive midfield cover next season with Adrien Rabiot set to leave.