Official: Everton defender ‘not available’ against Chelsea due to ‘rib problem’ 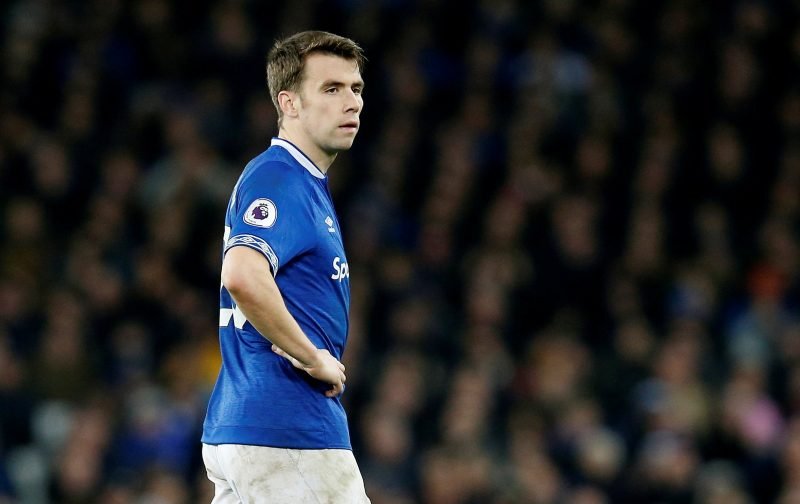 Everton have confirmed that Seamus Coleman is ‘not available’ against Chelsea due to a ‘rib problem. The 31-year-old has missed Everton’s last two Premier League games with injury and isn’t any closer to returning.

Coleman has made 10 appearances in all competitions this season, the last of which came against Norwich City (November 23). He’s featured just once in the league since early-October and wouldn’t have been starting even if he was fit.

Under Silva, Coleman’s form was inconsistent, leading to him being an unused substitute in Everton’s 3-2 defeat to Brighton & Hove Albion (October 26), 1-1 draw with Tottenham Hotspur (November 3) and 2-1 win over Southampton (November 9).

Djibril Sidibe has been first-choice at right-back since Coleman was sent off in Everton’s 1-0 defeat to Burnley (October 5), so he’s likely to keep his place against Chelsea. That being said, his influence hasn’t helped turn results round.

The Toffees currently sit 18th in the Premier League table with 14 points from 15 games, having lost three on the bounce ahead of Saturday afternoon’s clash. Everton have picked up just two wins since September and Marco Silva recently lost his job after their 5-2 defeat to Liverpool.

Whether Sidibe and co can get a result against Chelsea remains to be seen.