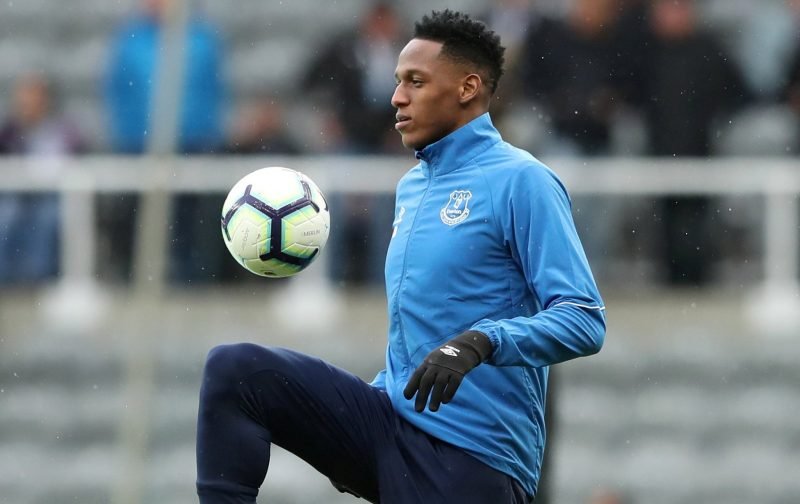 Everton caretaker manager Duncan Ferguson revealed Yerry Mina is a doubt to face Chelsea on Saturday afternoon but had a chance of featuring after getting through training on Friday. The 25-year-old limped off at the end of Everton’s 5-2 defeat to Liverpool (December 4) and will be assessed before a decision is made.

Everton desperately need Mina at the heart of their defence. Michael Keane and Mason Holgate struggled to contain Liverpool on Wednesday, but the Colombian international came away with some credit for his performance. Ferguson can’t afford to be without him in such a difficult game given Everton’s position in the Premier League table.

The Toffees are 18th with 14 points from 15 games, having lost their last three consecutive matches while winning only twice since September. Marco Silva lost his job after their heavy Merseyside derby defeat and Ferguson will have a task on his hands to ensure a repeat doesn’t happen against Chelsea.

Everton have conceded nine goals in their last three with Mina in the side, but they’ll struggle without him too. He’s racked up 1260 minutes of Premier League football from a possible 1350 and hasn’t been dropped once like Keane and Holgate.