‘Finished’, ‘Time is up’ – some fans criticise Everton man after national team performance 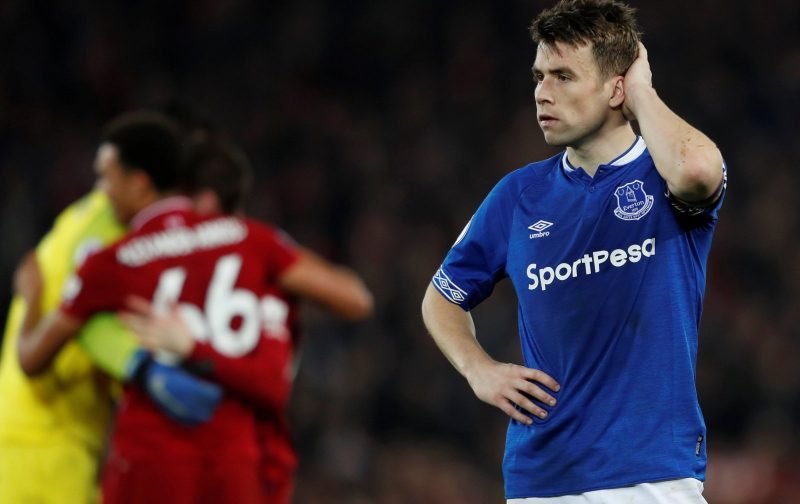 The Republic of Ireland lost 2-0 at Switzerland in Tuesday’s European Championship qualifiers and Seamus Coleman was one of many to come away with fierce criticism from supporters. The 31-year-old put in a poor performance on the night and was sent off in the second-half for his troubles.

Seamus Coleman mate. Get in the bin

Great player was Seamus Coleman but think the time is up….

It pains me to say it but I think Seamus Coleman is finished as an international footballer. A great servant but Injuries have taken their toll unfortunately. Him or Doherty has only 1 answer now #SUIIRL

Seamus Coleman out against Denmark isn’t a bad thing after his recent performances. Hope Doherty makes his point against the Danes. #COYBIG

Against Switzerland, Coleman played for 76 minutes, made 46 touches, created two chances, made 23 passes with 73.9% accuracy, whipped in two crosses, gave away two fouls, made one clearance and made two dribbles. His two yellow cards on the night came either side of half-time.

Coleman now finds himself simultaneously suspended for club and country – he picked up two yellows for Everton against Burnley before the international break. Djibril Sidibe may be given a chance to prove his worth at right-back when the Toffees face West Ham United on Saturday.

Everton have been underwhelming and find themselves 18th in the Premier League as a result. Only four clubs have a worse defensive-record after eight games too. Coleman has captained the side for most of the campaign and hasn’t been at his best.

He’s been criticised for poor club form this season and is now struggling on international duty too.