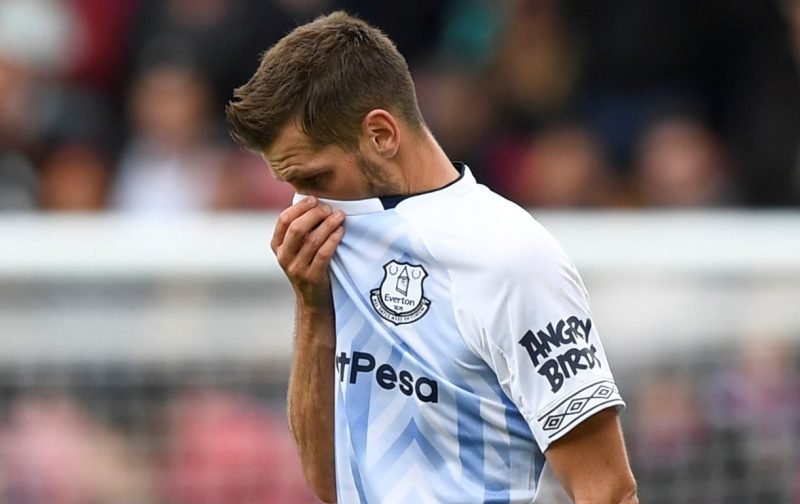 Morgan Schneiderlin has an uncertain future at Everton as he’s struggled for consistency under Carlo Ancelotti and could be offloaded this summer.

The 30-year-old is out of contract in 2021 and looks unlikely to be handed an extension, so Everton have to cash in early otherwise they risk losing Schneiderlin for nothing next year.

Everton Football Club Fans want the French international gone this summer, but it remains to be seen if a suitor would be willing to sign him permanently.

Dan Dickenson: “The bloke seems to be fantastic or a liability. Injuries haven’t helped, but if he stayed fit he could have been a lot better/consistent”

Paul Beswick: “Get rid. Should never of bought him – United reject”

Alan Prior: “Obscene…amounts of money”

Glenn Quince: “I think sell him, but we might need him if we can’t finally find a replacement for Gana. Davies is even more inconsistent hopefully Gbamin can do the job”

Schneiderlin joined Everton from Manchester United in 2017 and has gone on to make 88 appearances in all competitions, scoring one goal and making two assists.

The centre-midfielder has been a regular for Everton this season, making 18 appearances across the board, but he’s spent a lot of the campaign injured and hasn’t always set the place alight.

Schneiderlin cost Everton £20m three years ago and currently earns £5.2m-a-year/£100k-a-week, so the Merseysiders may struggle to find suitors. They will have to take a cut on his sale and Schneiderlin may have to lower his demands to facilitate a move.

There’s no interest in the Frenchman just yet, however, so he’ll remain an Everton player for the time being.