‘Disappeared from radar’, ‘fierce criticism’ over form – Everton given boost in pursuit of 24 y/o 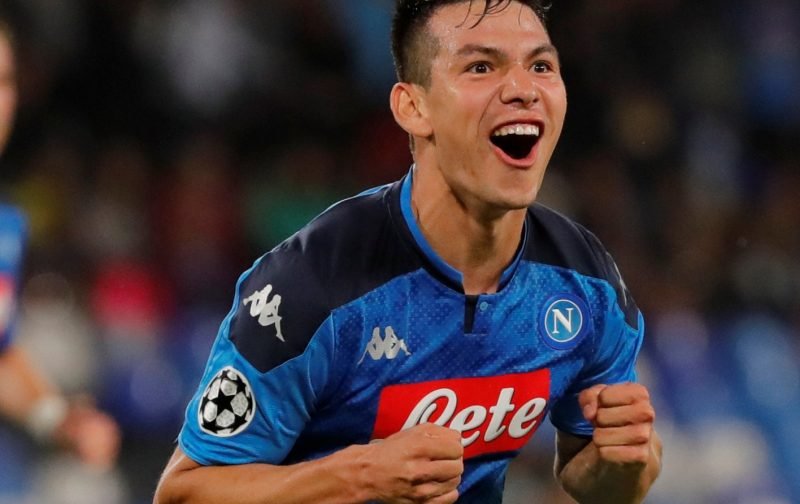 With Sandro Ramirez, Oumar Niasse, Cenk Tosun and Moise Kean potentially leaving Everton this summer, the Toffees have been linked with replacements.

Hirving Lozano is on the Toffees’ wishlist and Carlo Ancelotti has been given a boost in his pursuit of the 24-year-old with Calciomercato reporting that Napoli are looking to push him out.

Calciomercato say Lozano ‘disappeared from the radar’ under Gennaro Gattuso and has received ‘fierce criticism’ over his form in Italy.

The Mexican international has scored only three goals in 23 appearances since joining Napoli from PSV Eindhoven last summer and doesn’t appear to have a future at the Stadio San Paolo.

Everton stand a good chance of procuring his signature, especially as Ancelotti briefly managed Lozano before departing Napoli earlier in the season, but his asking price may be an issue.

Aurelio De Laurentiis wants close to €50m for the centre-forward. He doesn’t have a lot of interest, however, so the Toffees may be able to negotiate a lower fee this summer. Time will tell.