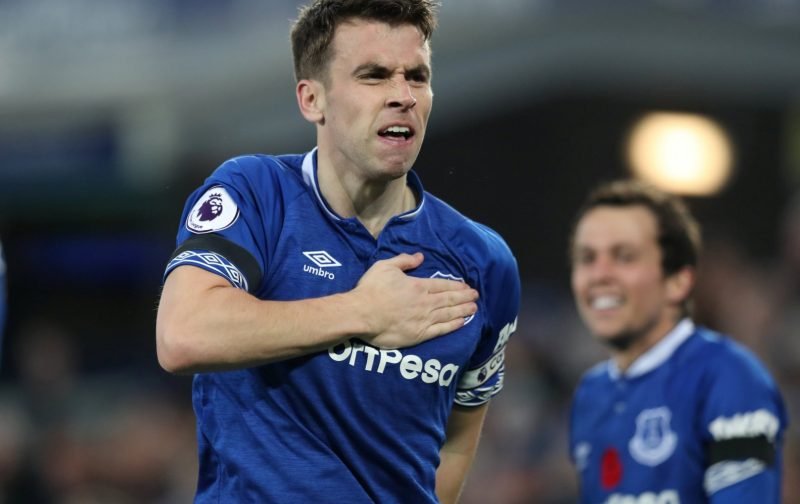 Everton suffered a 3-1 defeat at home to Manchester City, but Seamus Coleman still came away with praise from supporters for his performance. The 30-year-old impressed at Goodison Park and had his hand in a goal, but it wasn’t enough to get a result on Saturday.

Against City, Coleman played a full 90 minutes, made 66 touches, created one chance, completed 84.9% of his 33 passes, made three tackles, had one shot which was on target, whipped in two crosses, drew one foul, made one interception, completed eight dribbles and made an assist.

Coleman outstanding tonight. Delph really good. Sigurdsson showed what he can be like when he tries. DCL effective target man. Thought Iwobi made a difference. Nothing at CB and schneiderlin not good enough. #efc

I thought delph was superb, with coleman, mina, richarlison and DCL also playing well. No complaints about any of our players tbh. Good performance against an outstanding team. #EVEMCI

Richarlison and Coleman good today Digne struggled without Bernard in front of him. Iwobi should be rotating with Sigurddsson

A much better performance today from #Everton. City deserved the win but 2-1 would’ve been a fairer result. Yet again we created plenty of chances but didn’t take them – it’s continually costing us games. Delph, Coleman, Richarlison & DCL’s target play excellent. #EFC #UTFT #COYB

Is it only me who thinks Sigurdsson was our best player today along with Coleman? #EFC #EVEMCI

FT 1-3
– Coleman class, easily our best player
– Pickford at fault for 2 of the goals
– Unlucky in the end, could’ve scraped a point on another day
– Onto Burnley away, has to be a win for Silva’s sake#EFC #EVEMCI

Coleman has made seven Premier League appearances this season, captaining the side on six occasions. The Republic of Ireland international had come under some criticism for inconsistent performances, but he silenced some critics on Saturday.

Djibril Sidibe was being tipped to replace Coleman at right-back, but the AS Monaco loanee may have to be patient for more opportunities. Despite positivity over the right-back’s performance, Everton still suffered another defeat – their third on the bounce.

Marco Silva’s men currently sit 15th in the Premier League with seven points from as many games, having lost four of their last five.