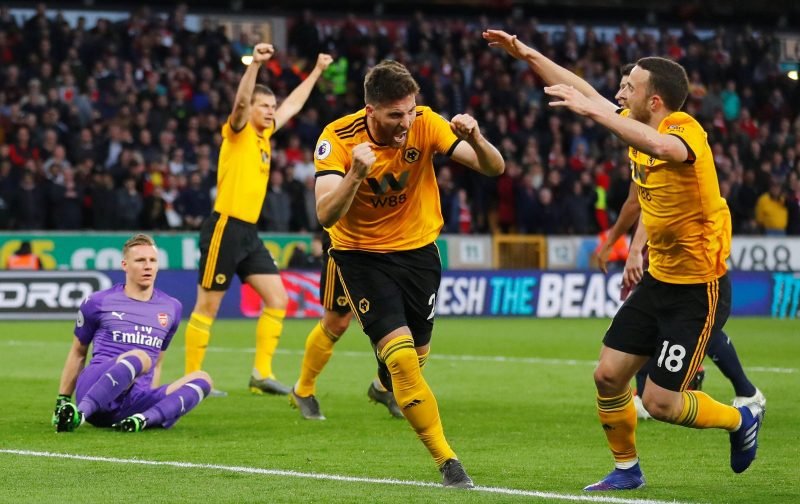 If we are to finish the season in seventh place, we have to rely on results elsewhere going our way with Watford and Wolverhampton Wanderers both ahead of us in the table.

Arsenal could have done us a huge favour on Wednesday night when they traveled to Molineux, by taking at least two points away from the Black Country natives. Sadly, though, they were torn apart by Wolves, and Nuno Espirito Santo’s side moved back into the box seat.

Had the Gunners been able to, at least, take a point on their travels, we would have been level with Wolves, but crucially be ahead thanks to our superior goal difference – albeit still behind Watford.

Now, with three games to go, our best chance of moving ahead of Watford and Wolves will be when the two sides face each other on Saturday afternoon.

Should they draw at Vicarage Road, and we beat Crystal Palace in our 3pm kick-off, we would jump the pair and sit pretty in seventh with Burnley and Tottenham to play.

Watford, meanwhile, would have to go to Chelsea and host West Ham, and Wolves would welcome Fulham before a final day showdown with title-hopefuls Liverpool.

Of course, we would still need Manchester City to beat Watford in the FA Cup Final, but the Europa League remains a possibility as the end of the season nears.

Wolves beating Arsenal, however, was a setback to our efforts, and fans on the Grand Old Team forum were reacting to the game as the goals flew in past Bernd Leno…

“Arsenal is embarrassing. I don’t understand how and why these teams just freak out when they play Wolves. Just shows you how vulnerable Arsenal, Chelsea, even Man U are.” – Crimhead (April 24, 20:25)

“If we’d have shown any consistency we’d be challenging for 4th. Man City, Liverpool and Spurs apart everyone else have been average.” – Suey_11 (April 24, 20:31)

“Our results against Man Utd, Arsenal and Chelsea can be put into perspective. They’re not great teams anymore. We now need Wolves and Watford to draw this weekend. We probably have to win every game now.” – GwladysBlue (April 24, 20:35)

“Reality check. These great wins we’ve seen against Arsenal, Chelsea & Man Utd. They’re all shadows of the sides they were. They’re all very beatable. The measure of where we are is how we deal with must-win games like Fulham & Crystal Palace away…” – Rudolf Hecker (April 24, 20:46)

“Wolves and Watford have each other. Wolves also have to play Liverpool. Watford I’m sure have to play one of the big boys. I think we have a solid chance and hopefully Spurs will have CL wrapped up by the final game.” – Andy4EFC (April 24, 21:13)

“It’s amazing how poorly Chelsea, Arsenal and Man U are playing this time of year. All three look like they could face major trouble next season, and allow someone into 5th or 6th.” – Peregrine T (April 24, 21:40)

“Looking at the remaining fixtures for Watford, Wolves and Leicester, it is down to ourselves really. Win all three remaining games and we should have a good chance of finishing 7th. We might do it with less than three wins but let’s hope we win all 3 of them and end the season on a high regardless of whether 7th ends up qualifying for Europe or not.” – Lob (April 24, 22:02)