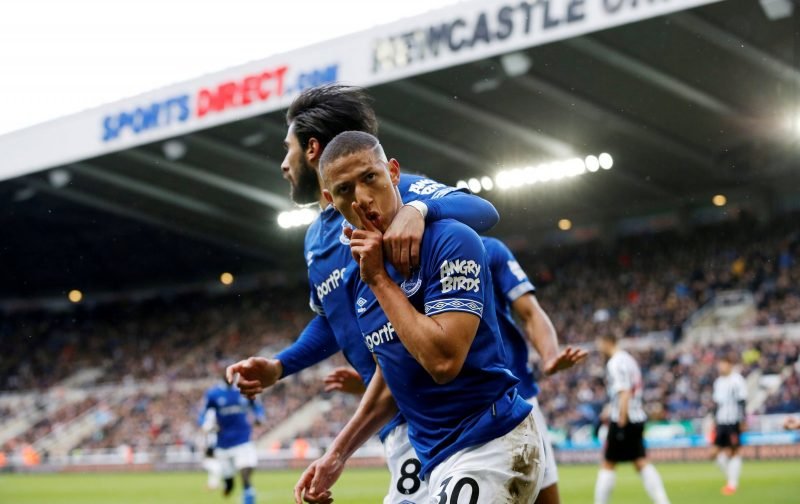 Everton got themselves back to winning ways earlier this afternoon as we beat Chelsea 2-0 at Goodison Park in the Premier League.

Last time out, of course, we struggled to see out the game against Newcastle and eventually lost, and a bit of a hangover from that game seemed to carry into this one.

The first-half was poor, and it was clear that Chelsea, had they scored, would likely go on to win the game.

They did not strike, though, and in the second-half we looked rejuvenated and up for actually playing a game of football.

Indeed, Richarlison fell into that bracket with him starting the game poorly and looking a passenger before quickly getting on the scoresheet in the second.

He also won the penalty off of Marcos Alonso, and his performance proved decent in the end, prompting many to take to Twitter to talk about it.

Let’s see the best of what has been said:

I’ve seen a few criticise Richarlison recently on here, he’s a rough diamond, yes cos he still learning but he is 1 of the few real match winners we have in our squad & he’s only going to get better! Sort of player we need to building a team around ???????????????? #UTFT #EFC

DCL my MOTM. He was this side’s ignition switch today. Richarlison also a huge turnaround in the second half. Funny how getting your best attacking player on the ball leads to good things, eh? Gueye ????????. Given how little he’s played lately, thought Mina did just fine. #EFC

Brilliant second half. Excellent from Richarlison and Pickford. Another quality game from Calvert-Lewin. #efc ????????

I imagine Sideshow Bob would pass the ball like Richarlison does.#EFC