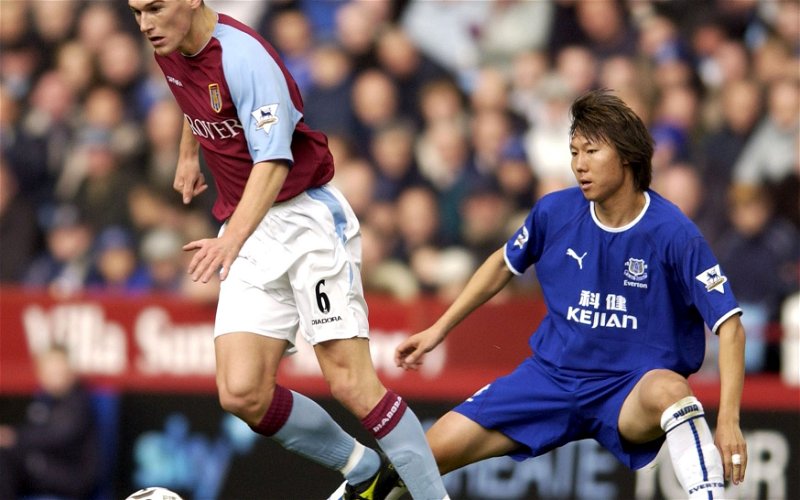 On this day in 2002, Everton signed one of the highest regarded Chinese players of his generation… Li Tie

Signing initially on loan after Everton secured a new shirt sponsor Keijian, Tie went on to make 29 appearances during his loan spell, sitting in front of the back four and helping Everton to a seventh place finish. Following a successful loan spell, David Moyes wanted to make the deal permanent and had to pay £1.2M to get his man.

His second season did not go as planned, getting sent off at Highbury after replacing David Unsworth as a substitute, and upon his return from suspension found first-team football limited, and in February 2004 Tie broke his leg whilst playing for China, ruling him out for 12 months.

Li was not the same player that had impressed during his loan spell and only managed to make 40 appearances for the Toffees before the injury got the better of the Chinese international, lasting only 41 minutes on his return in a reserve game. 18 months after his last first-team appearance for Everton, Li played 90 minutes during a pre-season game vs FC Gamlitz, and it looked like he was getting back to full fitness before he had to undergo another operation to remove pieces of bone that had grown on his ankle during his time on the treatment table.

In 2006, Li was released by Everton and went on to play for Sheffield United and Chengdu Blades before moving back to his boyhood club Liaoning Whowin where he retired in 2011. Li has since gone on to manage the Chinese national team.

Who else did Everton sign when they announced Keijian as their sponsor?