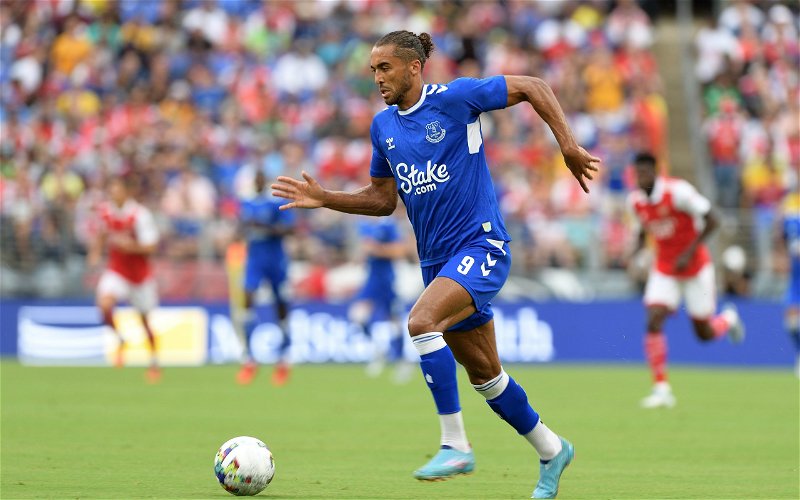 Everton played Arsenal in their first pre-season game at the M&T Bank Stadium in Baltimore, Maryland USA,  which ended 0-2 to The Gunners.

Arsenal started the game with intensity putting the Everton defence under a lot of pressure causing problems straight away, A poor misplaced pass from Mason Holgate gave Gabriel Jesus a chance in the first 15 minutes which was denied by Jordan Pickford.

Two quick succession goals from Gabriel Jesus and Bukayo Saka gave The Gunners a 0-2 half time lead with Frank Lampard’s team struggling to keep hold of possession and create many chances.

Dele had the ball in the back of the net after a through ball from Demari Gray which was quickly ruled offside, few half chances came for the blues when Domimic Calvert-Lewin was played in with a over the top pass but was unable to control it. 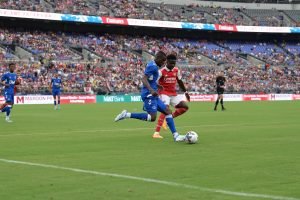 Niels Nkounkou seen plenty of the ball first half but struggled to conjure anything from his wing back position then being replaced at the break.

Second half seen many changes to both squads with James Tarkowski getting his first minutes in a royal blue shirt, other players such as youngsters Lewis Warrington, Stanley Mills and Reece Welch impressed showing great energy levels and determination.

Vitali Mykolenko and Anthony Gordon were linking up well down the left hand side providing pace and directness to the game causing the Arsenal defence a few problems.

Arsenal’s first half dominance proved too much for Frank Lampard’s team as the game slowly faded in the second half with chances coming very few and far both teams.

How do you think Everton played in their first pre-season game?