Onyekuru In Then Loaned to Anderlecht? 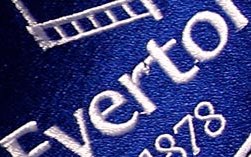 KAS Eupen forward Henry Onyekuru, who has been linked with Premier League rivals Arsenal and West Ham, is close to completing a £7m arrival at Everton.

Various outlets claim a deal is almost done, including the BBC, who report the Nigerian international, who debuted for the African side against Togo this month, had a medical at Everton on Monday.

However, the immediate future of Onyekuru, 20, will see him remain in Belgium as Everton will then loan the forward, scorer of 22 goals for Eupen last season, to Anderlecht in order to allow him to continue his development in familiar surroundings.

The same BBC reports said Everton director of football Steve Walsh, who along with boss Ronald Koeman, feels Onyekuru is ‘one for the future.’ Walsh will now turn his attentions to players for the here and now, Burnley’s England defender Michael Keane and Swansea’s Gylfi Sigurdsson.

A £10m bid for Burnley striker Andre Gray is also being ‘considered.’ Meanwhile, a ‘formal announcement’ of Sandro Ramirez’s arrival is something Everton are hoping can be made soon too.

Regarding players signing with future potential in mind, according to Sky Sports, the Toffees are ‘moving close to agreeing a deal’ with QPR for Josh Bowler.

Everton have so far had two offers turned down for Bowler, 18, but a third bid could be enough to bring the winger to Goodison Park, who made his QPR debut at the end of last season, heading to Loftus Road in 2013 following his release by Fulham.

Because We Love Football