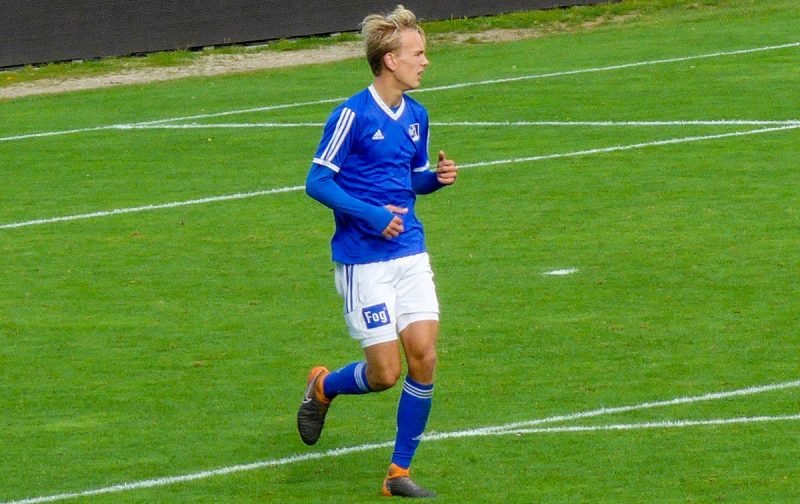 Everton have agreed a deal with Lyngby Boldklub for Sebastian Kristensen, the NordicBet LIGA club have confirmed. Kristensen will arrive at Goodison Park this summer and will go straight into the u23s. Despite being 16 years of age, the defender is clearly highly-regarded to skip joining the u18s, so he could have a bright future at Goodison Park under the right guidance.

Lyngby revealed in a club statement that they’d been in contact with Everton for some time and allowed the teenager to have a trial before a deal was officially completed. The Danish outfit said his departure makes them sad but is necessary as they actively support moving on talented players from their academy.

Kristensen will see the season out with Lyngby’s u17s before coming to England. He has the blessing of his current club to move to the Premier League, but it may be some time before fans see him turning out for the first-team. He’ll no doubt be monitored in the 2019/20 campaign, but he might feature in the u18s before the reserve, despite what the report says.

Everton’s u23s have just won the Premier League 2 title so the squad could hardly be stronger for a new recruit.