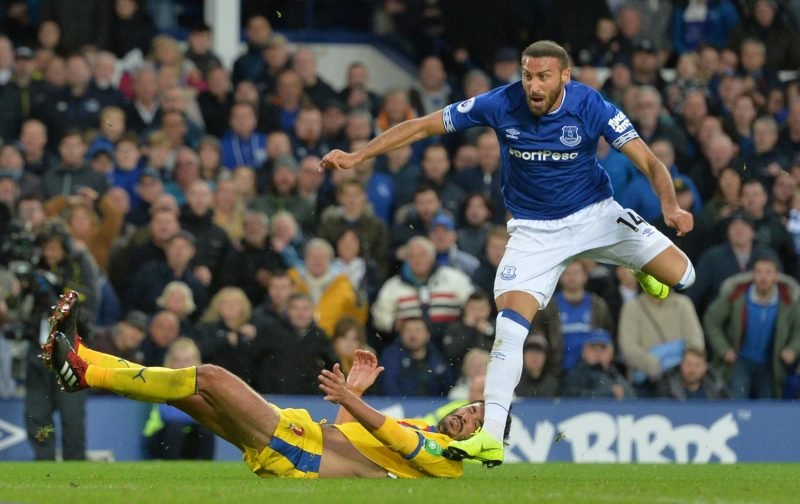 The transfer window has not even opened yet, but we have been dealt a setback as Cenk Tosun has stated, in quotes reported by Fanatik, that he will not be on the move come the summer.

The £18million-rated attacker has been nothing short of a disaster since we signed him from Besiktas, and it would have made a great deal of sense, from the club’s perspective, to try and move him on when the season ends.

Getting the £27million we spent on him back would probably have been off the cards, but his departure would have cleared £60,000-a-week from the wage bill.

There has also been a lot of reports over the past few weeks suggesting Super Lig outfits would be interested in taking his services off our hands, yet alas they – and we – look set to be disappointed.

“I want to win the jersey back at Everton,” Tosun said. “We’re getting ready for the matches, I’m very happy here.

“Everton is a very big club. I want to be able to play as much as I can play here, with its facilities, supporters, presidents, actors, teachers. After this year I have a three-year agreement, I hope I play here for years.

“The only problem is I play a little less. I hope I will continue to fight and get my form [back].”

Thanks to Tosun’s slack run of form, Dominic Calvert-Lewin has become the first-choice striker for Marco Silva, and the boss has left our Turkish forward watching on the bench four times in our last seven games.

Even in those where he has played, Tosun has only been on the field for a combined 24 minutes and has not scored in the Premier League since we beat Crystal Palace in October.

Something, then, has to change if the 27-year-old is to fulfil his ambitions.

“I want to make my flag proud,” he added. “Here, we represent Turkey. Not just me; Caglar Soyuncu, Cengiz Under, Hakan Calhanoglu, Zeki Celik, Merih Demiral, Okay Yokuslu are also the same … We represent not only our name but also the whole country.”