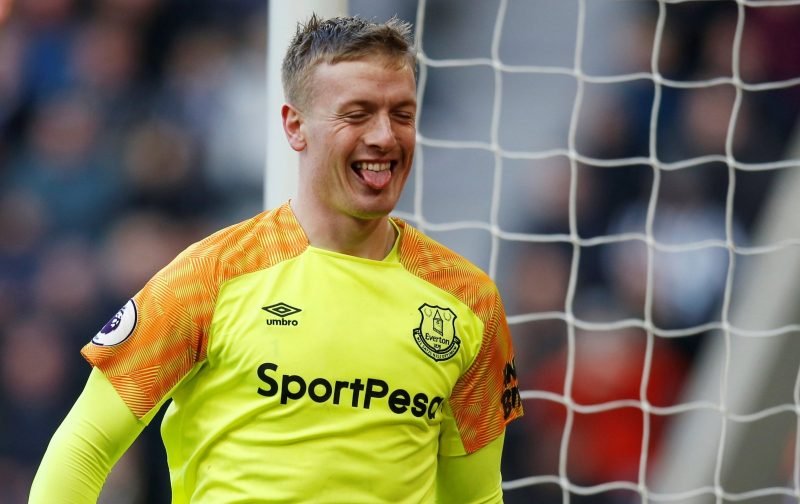 Marco Silva has come to the defence of Jordan Pickford following his error-strewn horror show at Newcastle, but the manager’s comments reported by the Liverpool Echo indicate greater problems at Goodison Park.

Our number one was lucky to still be on the pitch before he went on to concede three preventable goals to Rafa Benitez’s men on Saturday, as the £36million-rated shot-stopper speared Magpies striker Salamon Rondon when the ball slipped through his fingers and he panicked.

After a tirade of jeers from the grandstands, the former-Sunderland star then decided to poke his tongue out to the home crowd when the Venezuelan’s chip narrowly missed the post, and oh how he would be made to regret that.

A low drive by the on-loan West Brom striker to pull one back went straight underneath the 25-year-old, before a powerful effort by Miguel Almiron had to be punched to the sides, but no, Pickford palmed the ball straight back into the danger zone for Ayoze Perez to equalise with another shot straight under his body.

Silva, though, has claimed that the 15-cap Three Lions international has too much experience for the occasion to influence his errors.

“Jordan is an expressive player. Two seasons ago he made a big step in his career coming to us and, then, playing at the level he played for the national team in the World Cup and he is able to cope with all atmospheres in all stadiums around the world,” the boss claims.

“I’m not thinking that the good and not so good things he did in the game were because of the crowd. It is really difficult for us and me as a coach when we prepare everything so well and I can see what our players did for 60 minutes only to give it away so easily.

“It is a lesson for all of our players, starting with Jordan, because we have to have enough experience to take the right decisions at this level and we have had a lack of that in some moments during season and again, on Saturday, it was really difficult for us. It is not just about Jordan, it is about the whole team.”

If Silva truly believes the occasion did not influence Pickford’s horror show on Saturday then the Portuguese is suggesting we have a bigger problem.

Either he has become complacent through a lack of competition, with the 25-year-old well aware that he has no rival for the starting spot, or that the club backed themselves into a corner by prioritising a goalkeeper that has lost the confidence of the defenders in front.