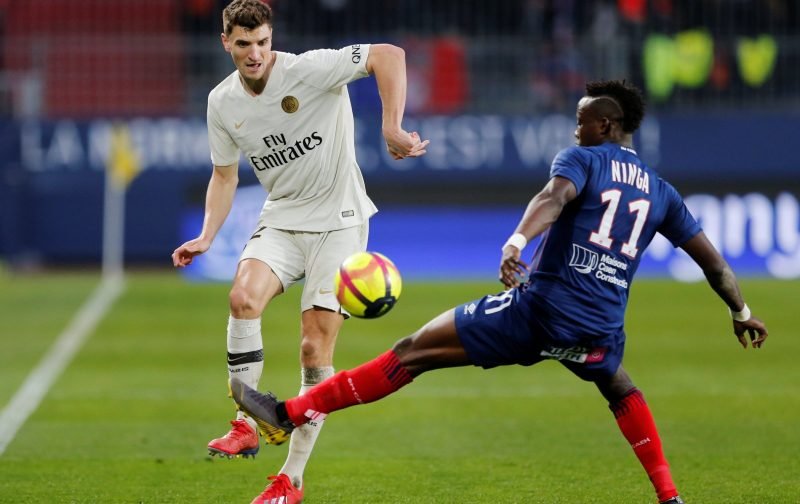 Everton have been gifted a welcome boost in the hunt for Seamus Coleman’s successor, as Telefoot are reporting that Paris Saint-Germain do intend to sell Thomas Meunier in the summer.

The French publication have again linked Everton with a move for the Belgian right-back, who they had previously claimed was a  potential replacement for our captain in January.

He has since gone on record, telling Le10sport of his desires to remain at Les Parc des Princes beyond the current campaign and enter the final year of his contract there, but the decision appears to have been taken out of the 36-cap international’s hands.

Telefoot’s most recent report claims that in order to appease fears of Financial Fair Play punishment brought about by UEFA, Meunier is seen as a manageable loss and that funds raised from the £31.5million-rated defender would go a long way to help their situation.

There is no doubt that the full-back would be a more than worthy successor to Coleman, and that the fan-favourite’s absence would be soon forgotten with the Belgian at Goodison Park, but Marcel Brands would need to negotiate a more appropriate fee for someone with a year left on their contract.

Meunier has also fallen down the pecking order in Paris under Thomas Tuchel, who often prefers 22-year-old Thilo Kehrer to the 27-year-old, who has started 14 Ligue 1 games this season.