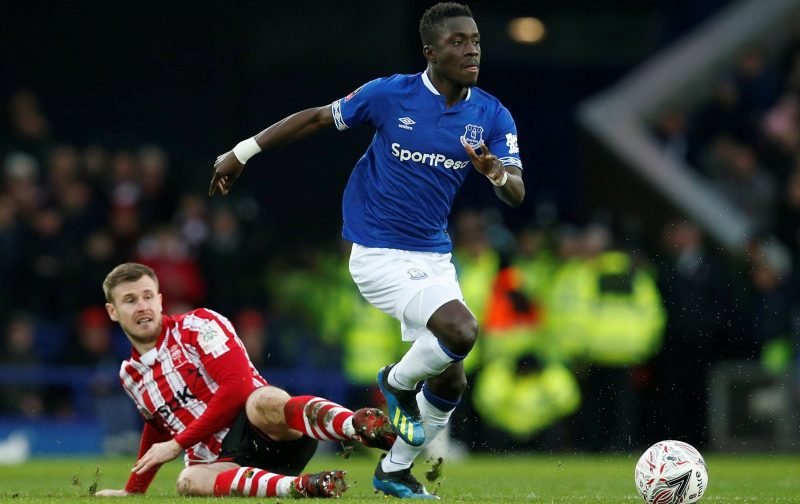 Everton have Andre Gomes, Jean-Philippe Gbamin, Fabian Delph, Morgan Schneiderlin, Gylfi Sigurdsson and Tom Davies in midfield, but Gbamin has been injured all season, Schneiderlin and Sigurdsson have been linked with exits and Delph has underperformed since signing.

The Toffees have been linked with Adrien Rabiot, Mohammed Kudus, Morgan Sanson, Allan, Geoffrey Kondogbia, Matias Vecino, Davide Frattesi and John McGinn, but Idrissa Gueye is reportedly also on their radar this summer and a lot of supporters from Everton Football Club Fans want to see him return.

Shaun Cole: “Get him back asap.”

Chris Mckay: “We should pull out all the stops to re-sign him.”

Graham Dodd: “Would love to see him pull on a blue shirt again.”

Paul Jenkins: “Get him back. He’s class. Worse thing we did letting him go.”

Kenny Almond: “I’ll drive there to pick him up….”

James Flaherty: “Go for him Blues.”

Glenn Hayhurst: “Hope it’s true, have him back any day.”

Gueye initially joined Everton from Aston Villa in 2016 and went on to make 108 appearances in all competitions, scoring four goals and making five assists. The 30-year-old spent three years at Goodison Park before joining Paris Saint-Germain where he made 31 appearances across the board, scoring once and assisting twice.

He would improve Everton’s midfield but turns 31 in September so the Blues might turn their attentions elsewhere. Under Marcel Brands, Everton are targeting younger players, so Gueye may not be on their radar anymore.

Despite his talent, there’s little value in signing somebody of his age, so fans’ wishes may fall on deaf ears.