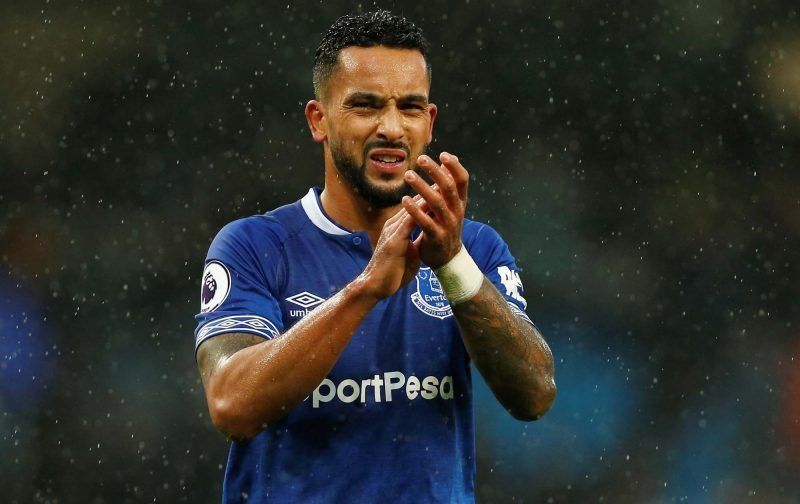 Vital Everton revealed on Thursday that polled supporters voted against keeping Theo Walcott this summer, with the 30-year-old having struggled for form and playing time since joining Everton from Arsenal in January 2018. Walcott has contributed five goals in 30 Premier League appearances this season, none of which have come since the turn of the year.

The England international’s last goal came against Tottenham on December 23, 2018 and his last assist came against Fulham on September 29. Walcott has been taken out of the spotlight by Marco Silva in 2019, starting only four league games since New Year’s Day. He has two years left on his deal at Goodison Park, but he could be on the move this summer if reports are to be believed.

Everton paid £20m to sign Walcott but are unlikely to sell him on for anywhere near that figure. Transfermarkt say his market value is £16m but even that is steep. The 30-year-old earns £5.2m-a-year/£100k-per-week with the Blues which is a lot for an out-of-form player, so Walcott might have to lower his salary demands if he’s looking to move on.

West Ham United, Southampton and Newcastle United were linked with Walcott last year, but whether they will return for him remains to be seen.