‘100%’, ‘Be happy with that’ – Lots of Everton fans react to suggested player sale 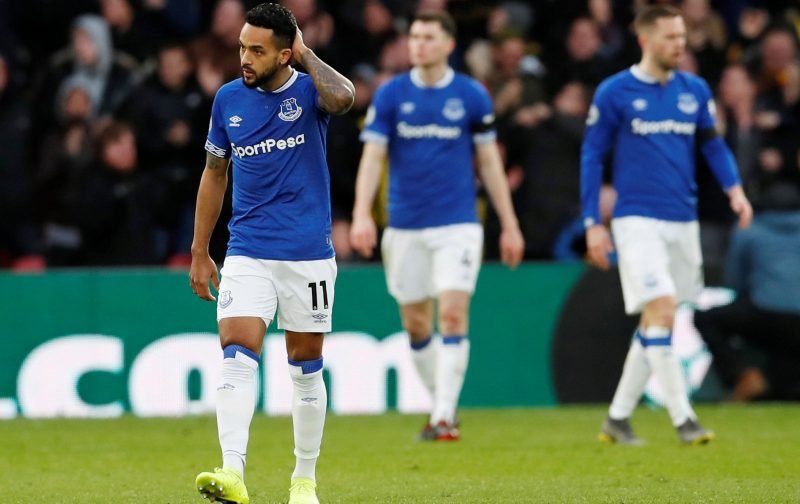 The debate, this time, was started by the Liverpool Echo, after they ran a poll to see who we would like to see stay at Goodison Park for another campaign or kicked out of the Finch Farm exit door.

If only it was that easy for some of the names we would be happy to wave goodbye to, like Kevin Mirallas, Yannick Bolasie and Sandro Ramirez, while it will be that easy with Ashley Williams as the Welshman’s contract expires this summer.

Another player fans voted against keeping on in the Liverpool Echo’s poll was Theo Walcott, with just 10.8% of those who took part saying you would like to see the Englishman running down the wings again next term.

On the flip side, 76.3% of those who voted clicked yes to giving Nikola Vlasic another chance on Merseyside, having spent the current campaign out on loan with CSKA Moscow, where he has scored seven and assisted four in 23 games throughout all competitions.

The two are not direct rivals for position, with Vlasic more of a Gylfi Sigurdsson alternative than one for the former Arsenal man, but the outcome of the poll, especially relating to these two, generated a fair response.

Here’s how you reacted to the result on Twitter…

Be happy with that

Can’t believe what we paid for Walcott Arsenal pulled our pants down! I liked the look of Vlasic even when we where really struggling under Koeman

I would totally agree with that. Walcott has had a full season and flattered to deceive. Vlasic is the victim of poor management and the need for points over performance. He showed glimpse of his potential so let’s give him a season to prove he has what it takes to cut it

I still trust Walcott at this point.

Definitely agree. We wont get much for Walcott though