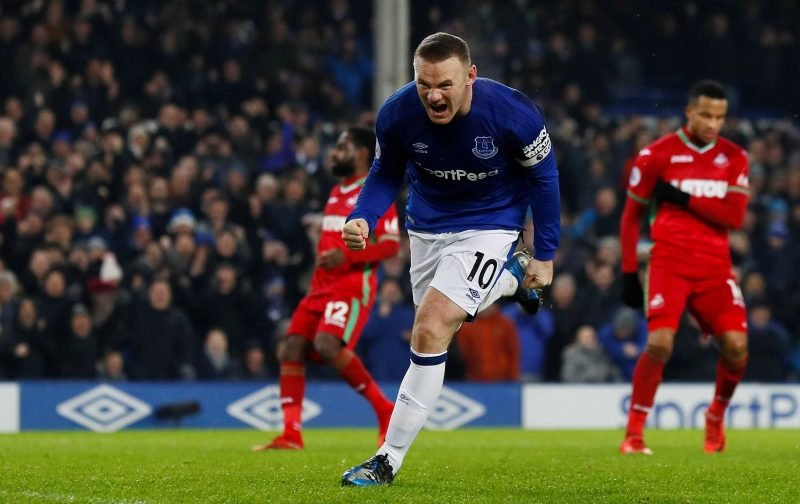 Wayne Rooney may not have retired just yet, but the former England striker has revealed to talkSPORT that his biggest career regret came during his final year with us.

It was a very brief homecoming for the 33-year-old, when he returned to Goodison Park from more than a decade at Old Trafford to make 40 appearances in Blue again, before moving on to the MLS with DC United in 2018.

Thanks to our struggles for consistency – and survival – under Ronald Koeman and Sam Allardyce, though, Rooney was unable to get the time on the pitch he desired, and when he did it was often in a deeper role.

Out of all of Rooney’s appearances during his final year in England, the 120-cap Three Lions ace only started ten games as the designated centre-forward, with as many played as an out-and-out central midfielder as those as the second striker.

The lack of games played in the position he made a name for himself is where Rooney feels the most regret when recollecting on his time with us, and considers it the only thing he would change from his 17-year professional career.

“I loved playing football and being involved in the game,” Rooney told Drivetime on Thursday. “But, if I was maybe a little bit more selfish, then my stats would probably be a bit better if I played as a number nine throughout my career.

“I think my only regret, really, was my last year at Everton. I started off playing as a striker and then the team wasn’t doing well and then, all through my own fault really, speaking with the manager we both felt it would be better if I went into a midfield role to try and help us get control of games really.

“When really, I think I should have turned round and said: ‘I want to be up top and scoring goals’. I had done it in the first half of the season but, when I went into the midfield role, I didn’t do it so much.”

Now, while it may have been a regret for Rooney not to play more games as our striker before moving on to America, it should not be a thought echoed on Merseyside.

Sure, he has found the back of the net 15 times in Major League Soccer as DC United’s striker, but his time as a centre-forward in England was over well before he returned home.

If Rooney had stood up for himself and Allardyce gave in to his desires, our struggles last season would have been a lot worse than they already were.