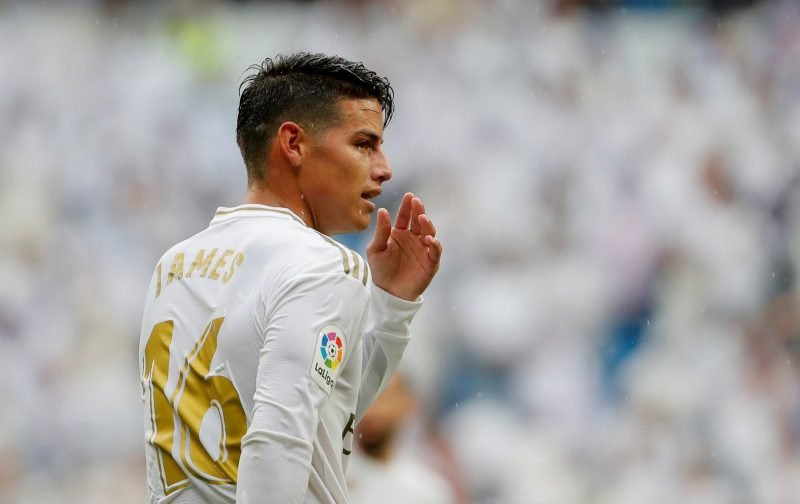 Everton have been dealt a blow in their pursuit of James Rodriguez, with Sport via Sport Witness revealing that he’s ‘not convinced’ at the prospect of moving to Goodison Park. The 29-year-old has an uncertain future at Real Madrid after struggling for playing time under Zinedine Zidane, but it remains to be seen where he’ll end up.

James joined Real from AS Monaco in 2014 and has gone on to make 125 appearances in all competitions, scoring 37 goals with 42 assists. The Colombian playmaker lost his place in 2017, was loaned out to Bayern Munich (July 12, 2017 – June 30, 2019) and has been on the periphery at the Santiago Bernabeu since his return last summer.

This season, James has made only 14 appearances across the board, amassing 728 minutes of football, so it’s no surprise that he’s looking for a change of scenery. Despite the lack of minutes, he’s created 1.8 chances per game in La Liga, which is more than Gylfi Sigurdsson (1.5) and Richarlison (1), so he would be an improvement on the former.

Sport say Manchester United and Atletico Madrid are also interested in the 29-year-old who has spent the last six years at Real and Bayern, so a move to Everton would be a step down.