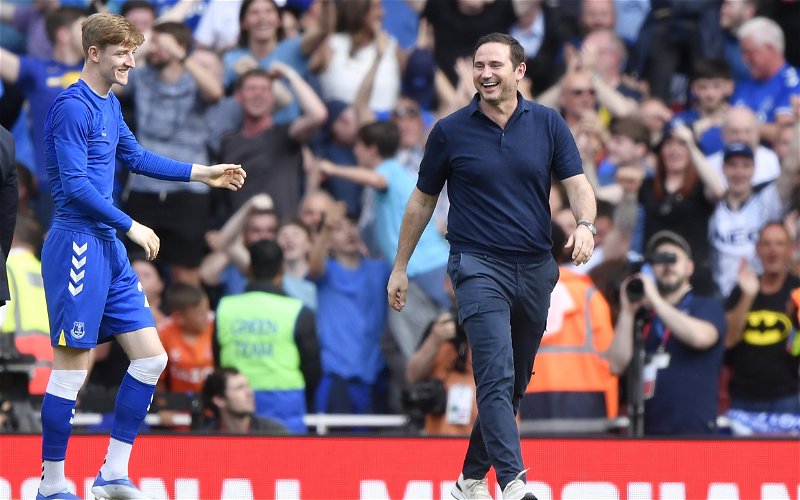 The Premier League season started last night. But for Everton, it starts in a few hours at home to Chelsea.

A lot has changed since we last played Chelsea. We stayed up in our final home game of the season vs Crystal Palace, but most of all we have lost the goalscorer from that 1-0 win back in May and are yet to replace him.

However, we have brought in James Tarkowski, Ruben Vinagre and Dwight McNeil, and with rumours of Amadou Onana and the return of Idrissa Gana Gueye imminent. Are we an attacker short of a good transfer window?

Last season and most of pre-season we witnessed a back 5 from Frank Lampard and that is something I believe we will see during some games this season, especially against the bigger teams when we are expected to surrender possession.

Patterson is expected to be on the right for a majority of the season with Coleman stepping in when needed, and on the left, we should expect Mykolenko. The Ukrainian offers a lot defensively whereas Vinagre is seen as a more attacking threat, so he may be utilised against the lesser sides.

In the middle, Godfrey and Tarkowski seem to be guaranteed starters with the middle of the three yet to be decided with Keane and Mina both expected to rotate.

However, with the possibility of Gueye and Onana joining we will hopefully see Everton going back to 433 which would allow our attacking players to flourish and show their strengths.

It is believed that one of Gueye and Onana will sit in front of a back 4 allowing the other and a third midfielder out of; Iwobi, Doucoure and Dele to show their attacking prowess and creativity in the final third.

In attack, Dominic Calvert-Lewin is expected to miss around 6 weeks after he picked up a knee injury this week in training and with Rondon suspended for the first game of the season it is believed that Dele will lead the line, potentially as a false 9.

In the wide areas, Gordon is expected to be one of the first names on the team sheet, especially after he was given the number 10 shirt this summer, on the opposite side Demarai Gray will battle it out with new signing Dwight McNeil to be the other wide player.

Who else would you like Everton to try and bring in? Broja? Dennis? Someone else?

Are you happy with the signings that have been made so far?