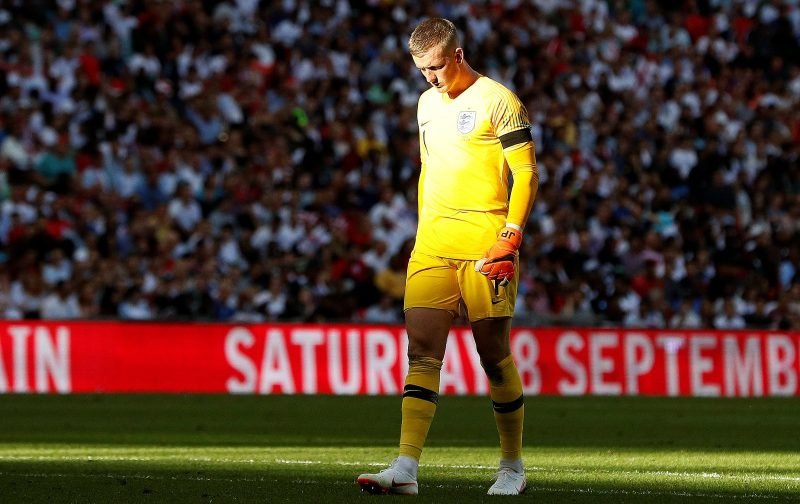 Jordan Pickford’s lacklustre season for Everton has left England boss Gareth Southgate considering the goalkeeper’s future with the Three Lions, according to the Mirror.

Ever since the first Merseyside Derby of the campaign, our number one’s confidence has been shot and he was highly to blame for the disappointing outcome at Newcastle.

His erratic performances and the lack of competition on Merseyside are said to have played a part in Southgate’s hesitation in continuing with the 25-year-old as his number one, despite still calling the £25million man up for the Euro 2020 qualifiers.

It is also suggested that Pickford will continue to start when the Three Lions face the Czech Republic and Montenegro, but Southgate will use the chance to see how our shot-stopper handles the pressure of competing for his place.

Burnley’s Tom Heaton is understood to be the prime candidate to step in should Pickford get dropped, but the fit-again ‘keeper needs to prove to the England set-up that he can take over if required.

If the Clarets ace can show enough in training, it would be the first major hurdle of Pickford’s career, and his key role with England will be thrown into jeopardy.