Dilemma: Everton boss must decide on who should take the no. 9 spot in the XI – Opinion 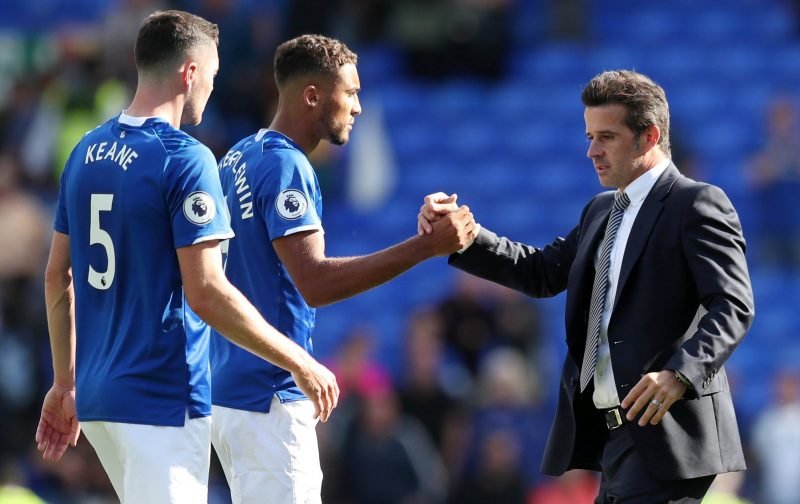 When Everton surprised the footballing world by signing 19-year-old striker Moise Kean from Juventus, it seemed like the Toffees had secured their new starting attacking for years to come. Yet signs of this are yet to show.

Although Marco Silva’s side shelled out a reported £27m according to BBC Sport on the Italian international, Kean has only started two of the possible six games for Everton as numbers from Transfermarkt show, with the Portuguese manager seemingly favouring Dominic Calvert-Lewin as the number one striker in the squad.

The England U-21 attacker is no doubt an adequate choice to lead the line for the Premier League side, yet Silva has put himself into a position where he needs to decide which of the two young strikers must be the firm first-choice option and who will serve as the backup.

Comparing the two strikers on WhoScored based on their numbers from last season, the contest between both Calvert-Lewin and Kean is closer than you would initially think.

Both attackers scored the same number of goals in the league with 6, yet the England youth World Cup winner also managed 2 assists, something Kean failed to do at all for Juventus last season.

However, the Italian teenager is the overwhelming more productive attacker when it comes to specific stats away from goal contribution figures.

Kean averaged more key passes and dribbles per game, as well as being dispatched fewer times off the ball compared to Calvert-Lewin, a feat made all the more impressive when you consider the former Juventus striker played just 13 times last season compared to the Everton younger’s 35 appearances for the Toffees.

Silva has a dilemma as to who to start in the number 9 role for Everton this season, and his problem is made all the more difficult when seeing how similar both Calvert-Lewin and Kean were last season.

The Portuguese manager has a unique problem on his hands, yet it is something that Silva must find an answer to sooner rather than later.