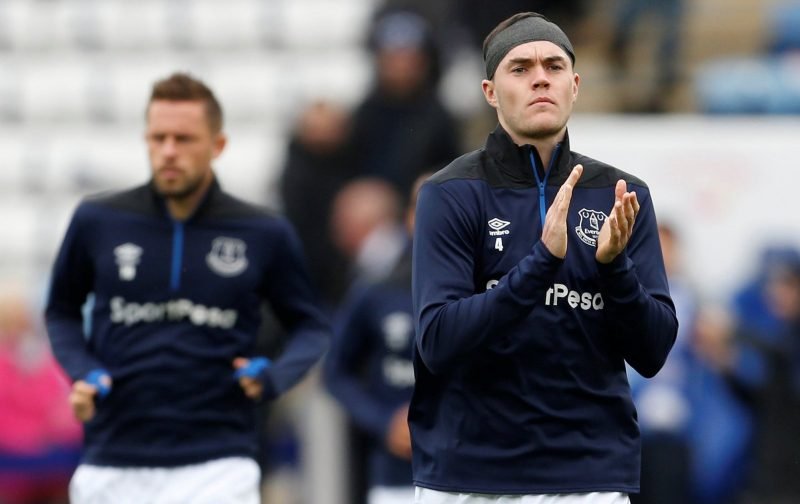 With Everton holding Liverpool to a scoreless draw in the recent Merseyside encounter, the point certainly suited manager Marco Silva more than opposite number Jurgen Klopp as Manchester City now take a point advantage at the top of the Premier League table.

With Everton putting in a resolute performance on the day to keep the clean sheet, the performance of centre-half Michael Keane certainly stood out for many given his determination and he, of course, wasn’t alone in stepping up individual efforts on the day to secure a point.

Former Liverpool player David Thompson took to social media in the aftermath of the game, and he felt that Keane wasn’t getting the attention his performance deserved given the usual media love in that surrounds Virgil van Dijk.

Taking to Twitter he offered up his thoughts on the 90 minutes and who he felt truly deserved the praise.

Every podcast and pundit raving about VVDs performance on sat against Efc,he was only up against a young lad and Everton played to his strengths entirely,actually thought Micheal Keane’s performance deserved more credit against two world clas strikers imo

No doubt van Dijk deserves praise, but fair play to Thompson for trying to redress the balance given Keane’s efforts across the game.