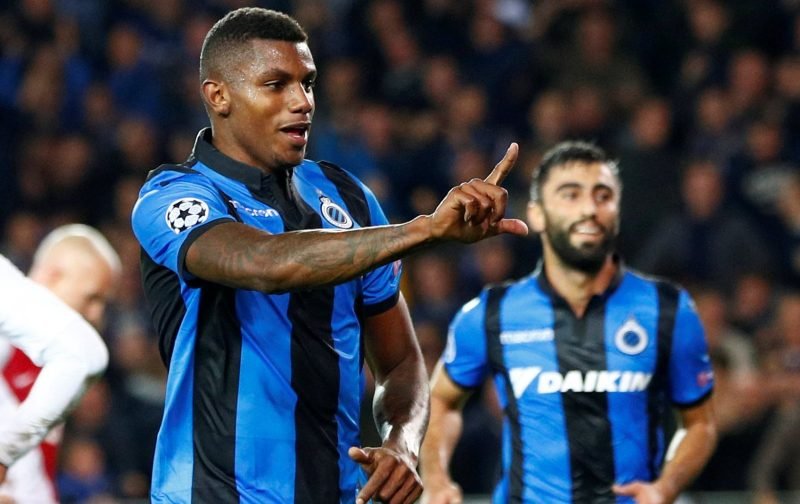 There are plenty of strikers being tipped with a move to Goodison Park as the summer transfer window approaches, and now it is the turn of Het Belang van Limburg to add another name to the list.

The Belgian newspaper has interviewed Brazilian sensation Wesley Moraes, commonly known as Wesley, and asked the forward if he had any preference in joining a range of sides said to be interested.

The 22-year-old did not give any indication that he currently has his eyes set on one particular destination, but his attentions are pointing towards a move to the Premier League rather than one specific interested party.

“I have read all those names [PSG, Everton, Fiorentina, Guangzhou Evergrande, Arsenal],” he said. “It is of course completely different going to China than to another European country. I don’t know what I want, I don’t want to exclude anything.

“I do know that I once said that I want to go to England and that is still the case. I have always closely followed the Premier League. But I am certainly also open to other leagues.”

Wesley had the chance to move to both the Premier League and the Chinese Super League in January, when Cardiff City offered Club Brugge a ‘concrete and respectful’ offer for the Itabuna product.

Guangzhou Evergrande also offered the Jupiler Pro League outfit the chance to cash-in on his potential, as they tabled a reported €25million (£21.3m) bid, albeit one that was rejected.

What our interest, claimed by HBVL, amounts to remains to be seen, but the 6 ft 2 centre-forward has been key to Blauw-Zwart reaching the Championship Round of the Belgian league season with ten goals and nine assists.

He is also confident that his time spent at the Jan Breydel Stadium will help him excel in England.

“I have learned many things here that could come in handy in a larger league like the Premier League,” Wesley added.