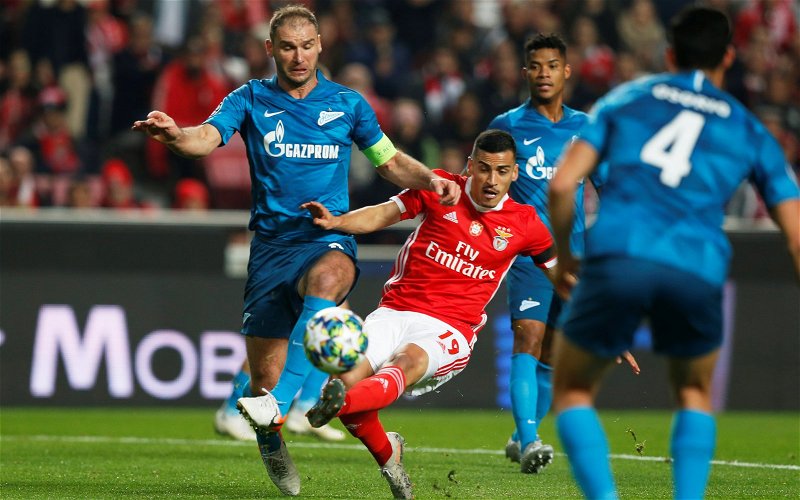 Everton are on the hunt for a centre-back this summer and have been linked with Unai Nunez, Mohammed Salisu, Wesley Fofana, Thiago Silva, Kalidou Koulibaly, Thiago Silva, Marash Kumbulla, Christian Luyindama, Issa Diop and Tosin Adarabioyo among others, but Branislav Ivanovic’s name has surprisingly popped up in the last week.

The 36-year-old is a free agent after leaving Zenit Saint Petersburg this summer and isn’t considering retirement just yet. Ivanovic played under Carlo Ancelotti at Chelsea so the links with Everton aren’t a surprise. Whether we’re genuinely considering a move is another matter, however.

What has been reported?

In July, Novosti (h/t Sport Witness) reported that Ivanovic turned down the chance to join Red Star Belgrade as he wanted a move to Everton, Zurnal reported that the 36-year-old was interested in joining Red Star but would have to accept a wage cut, and Informer said a club other than Red Star are keen on Ivanovic’s signature.

The Sun published quotes that were attributed to the Serbian international, saying: “I will probably continue my career at Everton. I received a good offer from them” but didn’t note the source Republika. Sky Sports’ Alan Myers doesn’t believe the comments came from Ivanovic either, so things are still up in the air.

Is Ivanovic still good enough for the Premier League?

There may be life on the old legs. Ivanovic impressed in Russia and could still be an asset for Everton. The 36-year-old has been dribbled past only 12 times and won 196/270 headers in 90 Russian Premier League games. He’s also averaged a tackle (80) or interception (108) every 42 minutes in the league.

That being said, the English top-flight is a different animal than Russia and Ivanovic hasn’t played in this country since 2017. The Serbian defender wouldn’t be a regular at Everton with Michael Keane, Yerry Mina and Mason Holgate for competition but may be useful in a backup role and a leader for Lewis Gibson and Jarrad Branthwaite.

Ivanovic played 89 times under Ancelotti, winning the Premier League and FA Cup in 2009/10, so the pair have combined well in the past.

Ivanovic wouldn’t feature much for Everton if signed, but he would be a positive influence and a good backup in the squad. That being said, the veracity of his quotes are in doubt and Marcel Brands is looking for young defenders rather than old, so it remains to be seen if the 36-year-old does come to Everton.

In other news, Everton have been dealt a blow in their pursuit of Lille’s centre-back