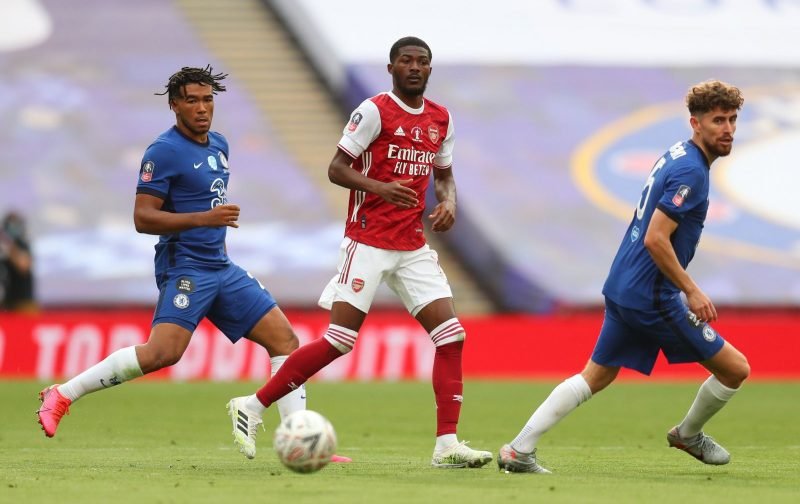 Lots of Everton fans have been reacting on social media to reports by the Mirror, claiming the Blues are interested in a summer transfer for Arsenal’s Ainsley Maitland-Niles.

Maitland-Niles has been put up for sale by the Gunners despite playing a key role in their FA Cup Final victory over Chelsea and being highly-rated by manager Mikel Arteta.

The north London side have taken the decision to make the 22-year-old available due to their financial situation, having announced 55 redundancies earlier in the week.

Maitland-Niles is expected to attract an array of sides this summer, with Everton and Brighton & Hove Albion already believed to be keen on the versatile midfielder who was part of England’s Under 20s World Cup winning side in 2017.

The Gunners product is not pushing for a move away from the Emirates Stadium, where he is under contract until 2023, though is reportedly valued by his side at around £30million as Arsenal look to rebuild Arteta’s midfield.

Maitland-Niles was a firm regular for Arsenal over the 2019/20 season with 33 appearances across all competitions, though never nailed down a particular position with 17 outings at right-back, seven at right-wing, three on the left-flank, twice in central midfield and twice at left-back.

His versatility makes Maitland-Niles the perfect squad player with the potential to go on and cement a regular role for himself, while the former youth international’s Wembley heroics show what he is capable of.

Against Chelsea during the FA Cup Final, Maitland-Niles recorded 38 touches of the ball whilst playing as the left-sided option in midfield, with which he played 24 accurate passes (83%), delivered two accurate crosses (66.6%), played one successful long ball (33.3%) and registered one key ball. The 22-year-old also recorded one clearance and two interceptions, per Sofa Score.

Some Everton fans have responded to their side’s reported interest in backing any potential transfer of the ‘quality’ and ‘solid’ Maitland-Niles.

Would be a great signing

Good player, can cover a number of positions. Take him all day.

Not all Everton fans are comfortable paying the rumoured £30m asking price for Maitland-Niles, however, while others simply do not see the talent he would bring to Goodison Park.

Everton making moves to sign another Arsenal player has not sat well with large corners of the Blues fanbase, too, having signed Theo Walcott and Alex Iwobi from the Gunners in recent years.

Walcott moved to Merseyside in a deal worth around £20m back in January 2018 and has since scored 11 times and assisted nine goals over 83 appearances for the club across all competitions.

Iwobi, meanwhile, left north London last summer for a potential £34m and provided two goals and one assist during his maiden campaign in royal blue, which featured 29 outings of which 23 were starts.

no more signings from arsenal please 🙏

God No, we have taken enough of their cast offs, let someone else do it now

No more Arsenal players thanks 👍🏽 pic.twitter.com/C9rx0BPAEY

We already have a couple of arsenal flops thanks.