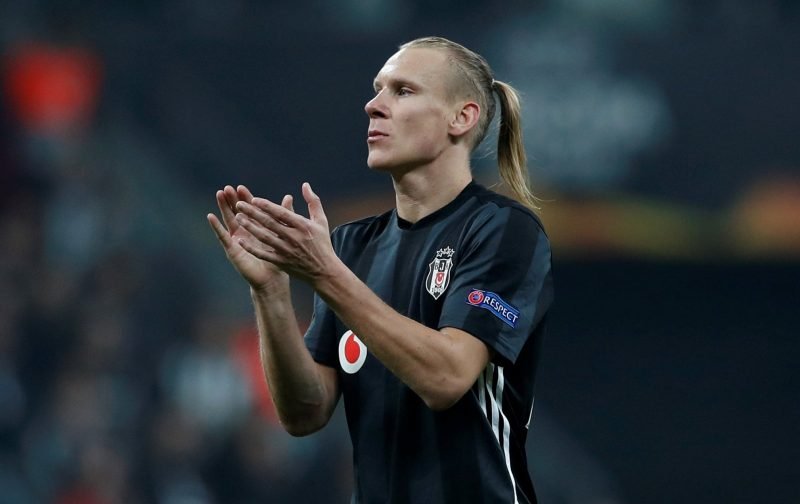 With suggestions floating around that Arsenal and Tottenham are interested in Michael Keane, and doubt still lingering over our chances of retaining Kurt Zouma, Marcel Brands appeared to be on the hunt for a new centre-back when Bestikas’ Domagoj Vida was linked with us in a potential swap deal for Cenk Tosun.

If those reports are true, our Director of Football has, unfortunately, been dealt a setback in the transfer market, as Sporx have claimed Wolverhampton Wanderers are now staking an interest.

Wolves have even enquired as to the 29-year-old’s availability as the season nears its end, and were told that the Croatia international would be available for €15million (£12.9m).

Arsenal, Inter Milan and AS Roma are also understood to hold an interest in Vida, with the Gunners coming close to signing the Osijek-born defender last summer. In the end, they pulled the plug on their arrangement with Besiktas, once they found out the Super Lig side would demand that goalkeeper David Ospina went the other way.

Besiktas then went on to try and flog Vida for €20milion (£17.2m), but were unable to find an interested party willing to pay that much. Now, though, the Black Eagles have to sell their defender in order to ease their financial difficulties.

So far this season, Vida has made 26 league outings for the Black and Whites, in which he has scored two goals.