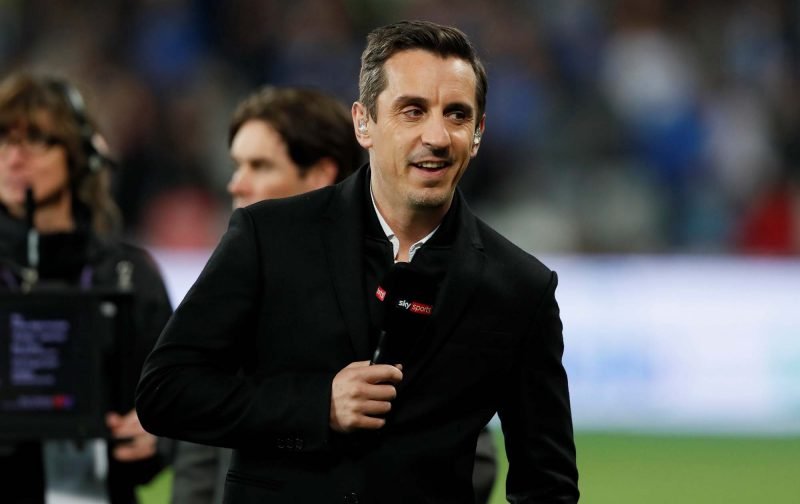 Fans of Everton have been split down the middle following an interview with Gary Neville posted to the club’s Twitter account.

The video came from a link between the Toffees and Salford City, whom Neville owns a stake in (per The Guardian), and sponsorship of the two clubs by etoro (per Finance Magnates).

During the video, the former Manchester United full-back discusses the atmosphere at Goodison Park and how good our supporters make it.

However, some Toffees supporters felt that it was strange to see someone who is not connected with the club in any way, bar the sponsorship, talking about the club on the official account.

The only tweets the club should be puttig out are from players kicking off at the gomes situation and the clubs official stance on it!

This is quite strange

In the video, the 44-year-old from Bury explains how intimidating Goodison Park was to visit as an away player during his days with the Red Devils (per Everton).

While some found it strange, other supporters found it refreshing to hear someone unassociated with the club discuss how good our atmosphere is for a change.

I think it’s also good to see what people from other clubs felt coming to Goodison to remind us fans what it should be like. I’m tired of listening to legends say the same things over and over

“You go to Goodison Park. You get the feeling that every single fan lives within 10 yards of the ground”. That’s an absolute quality quote that.

What do we think?

While what Neville says about Everton is very complimentary, it is also somewhat baffling to see the legend of one club waxing lyrical about the fanbase of ours, whilst at the stadium of another.