‘The worst footballer in the squad’ – Many Everton fans discuss £6.3m-rated man’s future 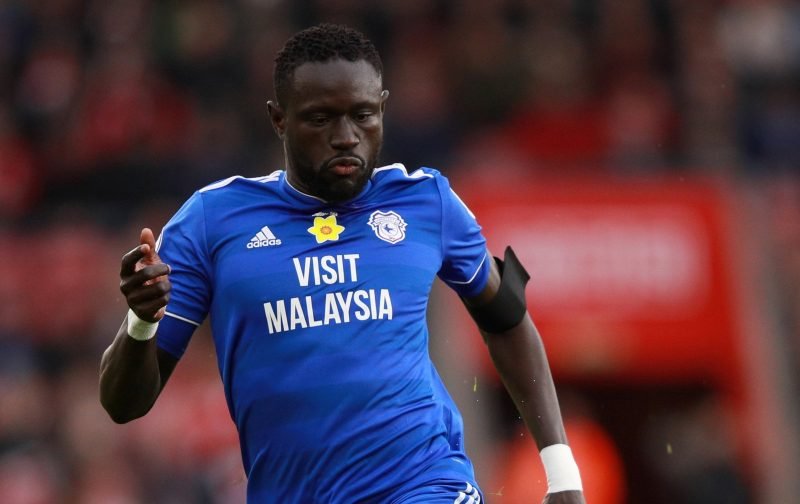 Many Everton fans on the Grand Old Team forum have been discussing whether or not Oumar Niasse has a future at Goodison Park, after going a 13th game without a goal for Cardiff.

The £6.3million-rated centre-forward featured for 61 minutes in the Bluebirds’ 1-0 defeat to Fulham on Saturday, which left Neil Warnock’s side four points from safety with two games left to play.

Fulham, who were relegated with five games left to play, meanwhile moved to within five points of the South Wales outfit, as they continue to build form as the season draws to an end.

It’s not like Niasse had chances to break the Cottagers’ goal-line either, with the 9-cap former Senegal international failing to record a single shot or attempted dribble.

Unlike Fulham, and potentially Cardiff, the Championship is by no means a guaranteed destination for Niasse, either, with the forward set to return from his disastrous loan spell on June 30, and could see out the final year of his Everton contract.

Fans on the Grand Old Team forum, though, are not entirely convinced he should be given a chance to wear our Royal Blue jersey again, having only managed to net nine times in 39 games for us…

“Where does he rank among our worst strikers of the past few decades? Think we’ve had far worse. At least Niasse has scored a few important goals. Not saying we should keep him though.” – Shagpuss (April 28, 18:00)

“As poor as Niasse has been on loan, Cardiff are bang average and create very few chances. Whoever plays up front for them is feeding off scraps. Niasse is limited, but he scored some crucial goals for us last season and always works hard, and his attitude is always good. Niasse will be sold whether its to Cardiff or elsewhere.” – BillyBlue80 (April 28, 19:35)

“I keep forgetting that he is still technically an Everton player and then his thread gets bumped, and it makes me sad. The worst footballer in the squad, and I’m on about Cardiff.” – Parker NSNO (April 29, 10:26)