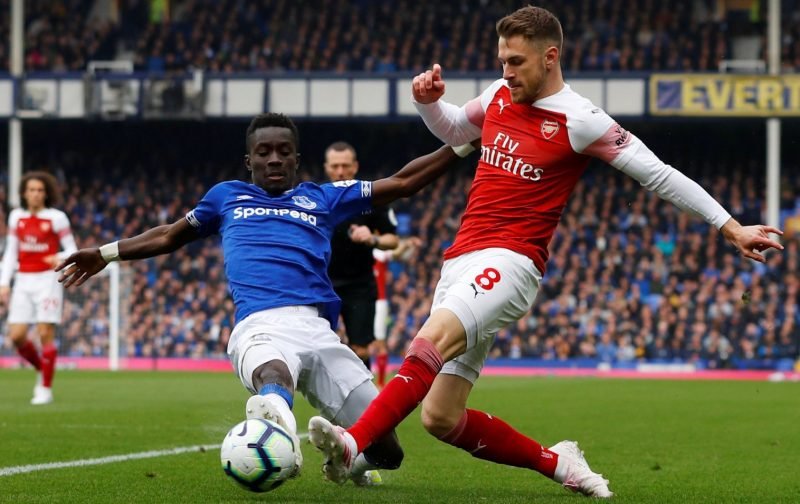 Toffees supporters have been hitting reply in their droves after Idrissa Gana Gueye shared his thoughts on the Arsenal win, having almost snuck under the radar.

The headlines were certainly grabbed by Phil Jagielka, after the 36-year-old was ushered into the starting XI at the last minute, only to go on and score the winner.

Richarlison and Gylfi Sigurdsson’s efforts on Sunday were also front and centre throughout, as the Brazilian enjoyed hoards of space on the right-flank when up against either Sead Kolasinac or Nacho Monreal.

Our Icelandic creator could have decided the game on multiple occasions, too, but his seven shots only hit the target twice.

The win would have barely been on the cards without Gueye’s involvement, as the 29-year-old recorded four successful tackles, two interceptions, and three clearances, along with winning each of his three aerial duels.

Given he nearly left Merseyside for Paris in January, this was a performance to once and for all get the fanbase fully back on his side.

And when he tweeted after the win “a great performance from the team and three points at home = Happy Sunday”, this is what some supporters had to say…

As always, a brilliant performance from you, Gana! ????

Quality and the consummate professional after the move didn’t come off. Your performances are probably eclipsing your first season!????????

Your attitude all season has been top notch you are a quality member of our club.

Mate you are class ???????? conducted yourself superbly after Jan too for our football club. ????

Brilliant today as is case nearly every game! Do not leave for in summer. Start of something special and you are our @reid6peter

Don’t leave us Gana, you and @aftgomes are forming a brilliant partnership in the middle ???? pic.twitter.com/jd6JsmQFyR

You’re a class player Mr @IGanaGueye. A consummate professional. Really hope you can stay with us. #EFC #COYB #ETID #NSNO

Massive respect to u @IGanaGueye 100% every game. Don’t wanna lose u in the summer but would wish u all the best if u did get your dream move ????????

Fantastic as always mate????keep it up