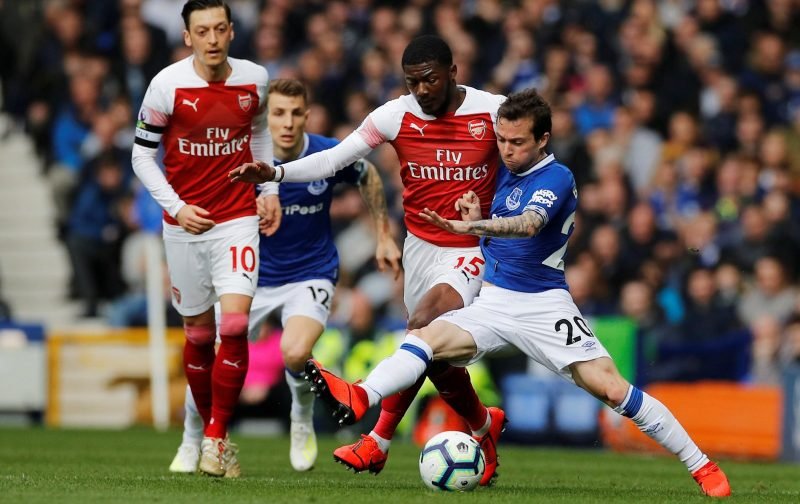 There were many performances worthy of praise in our encouraging win over Arsenal on Sunday, and the one that especially stood out for these supporters was Bernard’s.

The £16.2million-rated summer arrival once again held down the left-wing at Goodison Park that had belonged to Richarlison for much of the campaign, but Marco Silva’s decision did not leave us lacking against the North London outfit.

Up against Ainsley Maitland-Niles and Shkodran Mustafi, our 26-year-old Brazilian was able to record 25 accurate passes as well as half of his attempted dribbles.

The only player to better Bernard’s dribbling record against the Gunners was Idrissa Gana Gueye with two, while Richarlison failed to pen a single successful effort to his name despite enjoying acres of space on the opposing flank.

Although that stat works against Richarlison, the result overall was very promising. The team worked at a superb level against another top six side, having recently beaten Chelsea, and despite our record against the Champions League-chasing outfits being as poor as it has been in recent years.

Bernard is seriously starting to come into his own, having been a fringe player for far too long. His desire, pace and skill all stood out from our win and here’s what was said on Twitter following the final whistle…

Played amazing today Bernard! So much skill and talent! Well done for today and can’t wait to see more from you ????????????

Heavy you lad ???????? absolutely tearing that left wing up

Not only have the skill, you also have the desire and work rates needed to be a top, top class player. That’s why the fans love you Bernard! Our pocket Dynamo! Bernard, Bernard will tear you apart again!!!!! #UTFT!!!!!!

The standing ovation and the chant of your song when you came off was well deserved!????

Well played Bernard. Another brilliant show of skill and hard work from you today. #COYB

Top class today Bernard! The flick was outrageous! Keep it up!

You are quality! Your dedication and motivation every game is amazing! You run rings around everyone! Love it. Keep up the hard work⚽️????

Nice to see you enjoying yourself out there. The more u express yourself and play with such relaxation you are making the fans ooze. Just keep on enjoying your footy ????

One of the best performances I’ve seen in a blue shirt for a very long time, incredible!