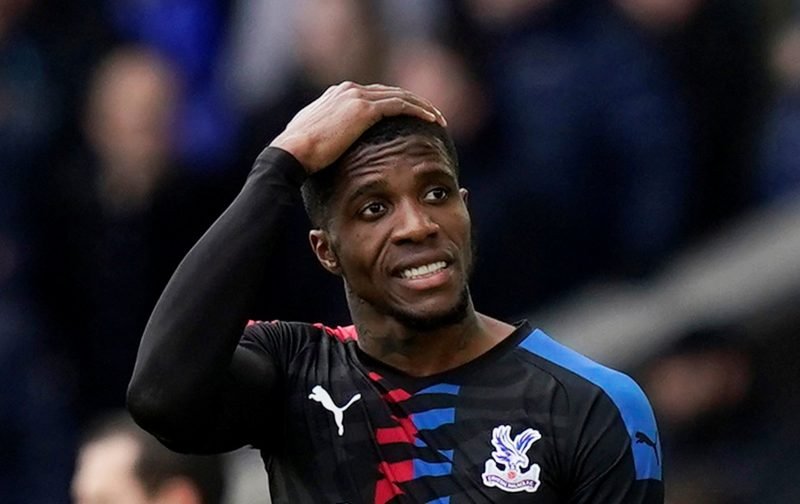 This week, the Liverpool Echo took it upon themselves to take a look at some of the players being linked with the club, or being touted by the bookies as potential summer signings.

Among them, a man who was linked in the summer window last year; Wilfried Zaha.

The Crystal Palace winger seemingly gets linked with a move every transfer window and you can imagine this summer will be no different, with Everton potentially one destination.

However, there’s also a case to suggest that the Blues might well not be interested in the Ivorian international when it comes to the transfer window eventually opening up for business.

Firstly, he was a target of Marco Silva’s in the summer window last time out – who is to say that Carlo Ancelotti will rate him as the Portuguese supposedly did.

Indeed, the second factor might link to that, too, as Zaha has hardly had a season where you’d think he has to be snapped up by the club, having only scored three times in 29 Premier League games.

That summer speculation last year clearly bled into his form at the start of the campaign and he’s not really had much to shout about in the months since.

Zaha’s not had a poor campaign, but he’s not had one where you could understand clubs queueing up to try and sign him either.

He’s scored just three times in the league this season and that ranks him fairly low when it comes to goal-scoring widemen, where Richarlison has the third-most (10) while playing out on the left.

Zaha is a good player, but this one just seems a little hard to really see happening at the moment.