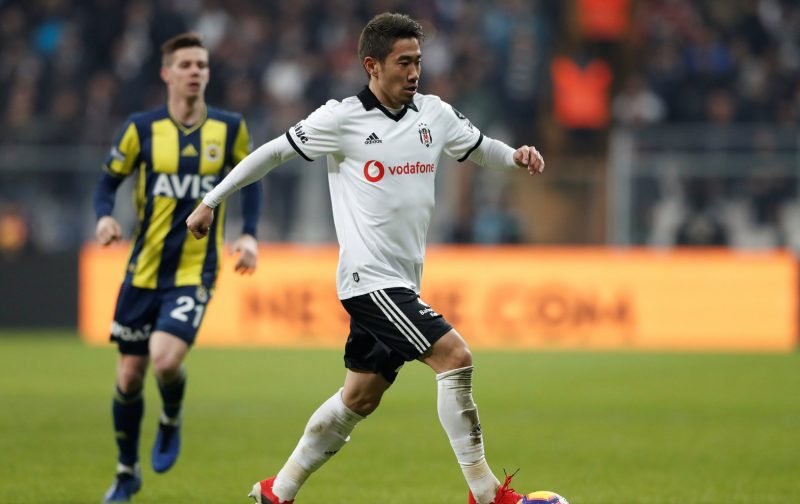 Players come and go in the transfer window, and we have been identified as a potential landing spot for Shinji Kagawa, but his arrival would not only go against Marcel Brands’ recent claims but also open the exit door for Nikola Vlasic.

Takvim have linked us with a move for the former Manchester United playmaker, amid a report stating that Besiktas are keen to agree on a deal with Borussia Dortmund that would see the 30-year-old stay beyond his loan arrangement.

The 97-cap ace is on the market for a move in the summer, and it is said that he could be signed for €12.5million (£10.7m). However, the Black Eagles are unlikely to be able to afford such a transfer fee, and that is where we step in.

Along with Besiktas’ hopes to retain the fan favourite Japan international, Takvim claim that we, West Ham, Schalke and Borussia Leverkusen are all keen on adding the midfielder to our ranks next term.

It seems that Besiktas are also already looking for alternatives to Kagawa in case they are unable to retain his services, and again we play a part in the matter.

Fotospor are suggesting the Black Eagles sent scouts to observe Nikola Vlasic when he faced FC Ufa while on loan with CSKA Moscow at the weekend – Vlasic scored his side’s opening goal in a 2-2 draw.

His strike brought his tally for the season to eight in all competitions, but his future on Merseyside remains unclear, and Besiktas may look to capitalise on that should Marco Silva opt against introducing the Ronald Koeman signing to his plans.

Like with Kagawa, however, Besiktas would likely not be able to purchase the attacking midfielder, and while they have tracked Vlasic for a while, would only be able to ask for the 21-year-old to be loaned to them.

The arrival of Kagawa on Merseyside would surely mean there is no space for Vlasic at Goodison Park, as well, but the Japan international would likely demand a lofty wage we would need to find from somewhere.

It is also unlikely that Kagawa has even crossed Brands’ mind, as our Director of Football stated at the Football Innovation Summit on Tuesday that he is focusing on players aged between 20 and 25/26 – a category Kagawa easily misses.