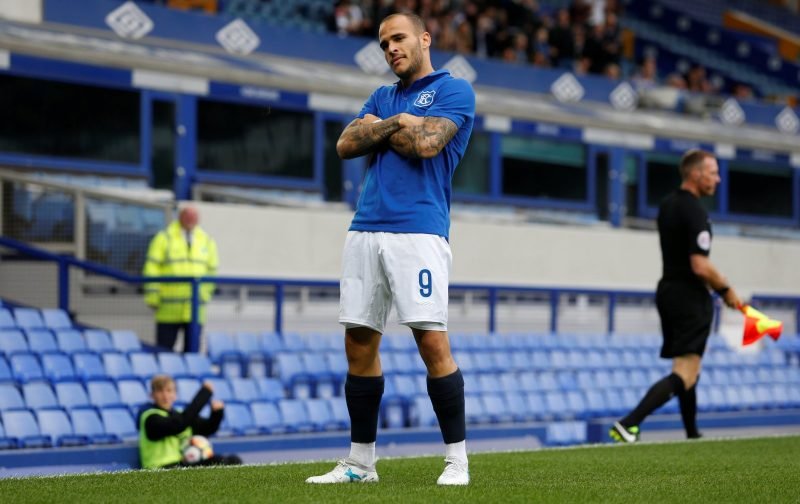 Real Sociedad’s board, fans, and the local media in San Sebastian may all be unaware as to why manager Imanol Alguacil is keen to keep Sandro Ramirez beyond his loan from us, but he could be about to get his wish for a questionable transfer, as per reports in Mundo Deportivo shared by Sport Witness.

The Catalan daily sports newspaper ran a story in their Friday edition with claims that the striker – who is still without a goal since November 2017 – is keen to secure his permanent move away from Merseyside, and joining Sociedad is one of his main priorities.

However, there have not been any discussions between the Toffees and the Txuri-urdinak yet, although Mundo claim that we are willing to see the back of the Barcelona product for €6million (£5.1m).

The situation could also change before the season draws to a close, as AS, via Sport Witness, had suggested on Thursday that Real Sociedad believe Ramirez can ‘explode’ into a prolific forward for them in La Liga.

Director of Football Roberto Olabe was also said to have made ‘first contact’ with us in order to see what our plans for the 23-year-old will be, which contradicts what Mundo Deportivo then reported on Friday.

Speculation that we could soon see the back of Ramirez – who scored once in 16 games for us – for good, though, earned a rapid response on social media…

Yeah, tell him to give Mirallas and Ashley Williams a lift to the airport

Think the feeling is mutual.

get the dud off the wage bill ASAP!

Good because we are keen to get rid of him

I think we all feel the same

Can anyone see him taking a £80 grand pay cut

Please, in the name of all that is sacred let this be true……and actually happen!!!!

But you can be part of our dream line up next season: Stekelenburg, Martina, Pennington, Williams, Garbutt, Schneiderlin, Mirallas, Bolasie, Ramirez, Niasse, Tarashaj