Official: Everton could be without another defender against Manchester United 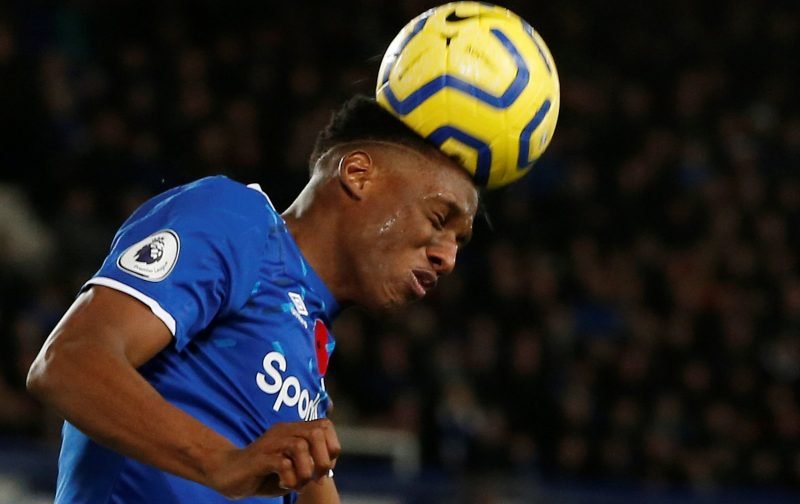 Everton have confirmed that Yerry Mina could miss Sunday afternoon’s Premier League meeting with Manchester United. The 25-year-old had a hamstring injury which kept him out of action during Everton’s 3-1 win over Chelsea (December 7), but he may not have recovered in time to feature this weekend. Seamus Coleman is another defender in a similar position too.

Mina has been in light training and will need to be assessed before a final decision can be made on his availability. Duncan Ferguson started Michael Keane and Mason Holgate in place of the injured the Colombian international against Chelsea and may have to once again call upon the pair on Sunday as things stand.

Everton have struggled to keep the goals out this season. The Toffees have conceded 10 times in their last four Premier League games and haven’t kept a clean sheet for two months. Keane and Holgate have struggled for consistency at centre-back, leading to criticism from supporters on social media, but Mina hasn’t exactly fared better when called upon.

Everton won’t have a strong midfield against United either due to their injury crisis – Jean-Philippe Gbamin (thigh), Andre Gomes (ankle), Fabian Delph (doubtful) – so the Blues’ backline isn’t going to get much protection on Sunday.