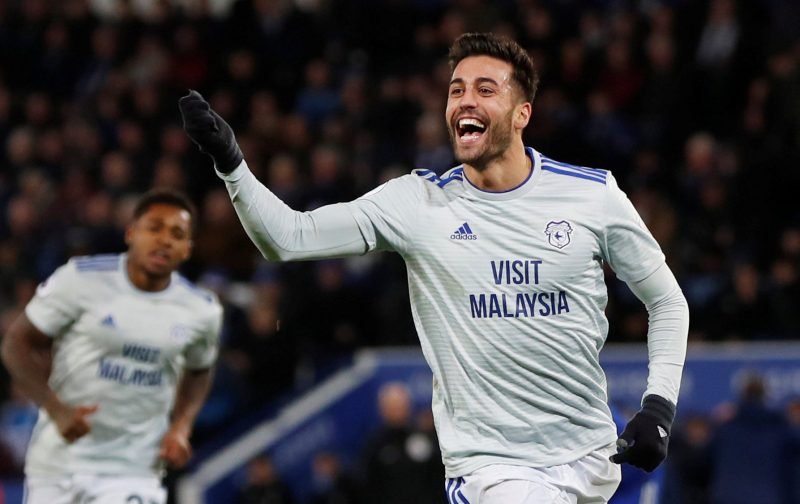 Marco Silva has not hidden the fact that he would like to see Andre Gomes on his teamsheet next season, but our efforts to land the Barcelona-loanee permanently will have to wait until the summer. In the meantime, speculation involving our midfield is rife, with Marca suggesting we have emerged as one of a number of Premier League sides sniffing around Victor Camarasa’s situation.

The Spaniard is currently on loan at Cardiff City from Real Betis, but the La Liga outfit are open to cashing in on the 24-year-old in the summer for a much lower figure than his €24million (£20.6m) release clause.

Instead, it is suggested that the Beticos would accept €15m (£12.8m) to complete a transfer, although we would be rivaling Tottenham Hotspur, West Ham and Leicester City if we were to make an approach.

Approaching Betis for Camarasa could also reduce the chances that we sign Gomes permanently, as well, as the Valencia product plays in a similar manner to the Portuguese but would arrive at a much cheaper fee. Our reported interest in the former Spain U21 international may also suggest Marcel Brands is looking for alternatives to Silva’s compatriot.

Gomes may be valued by TransferMarkt at £25.2million, but Marca have previously reported that Barcelona are keen to bank €40m (£34.3m) for his services in order to fund their own refurb. A simple comparison between Camarasa and Gomes’ input on goals for their respective sides this season also makes it hard to justify paying close to triple the amount to sign the Camp Nou outcast.

While our on-loan Portuguese has scored once and assisted another, the Bluebird’s on-loan ace has found the back of the net five times and assisted three – including successful strikes against Arsenal, Manchester United and Chelsea. Camarasa is also averaging more key passes, interceptions, and shots than Gomes per ninety minutes, despite Cardiff’s relegation concerns.