Jordan Pickford Talked Up By Rival Ahead of Euro 2020 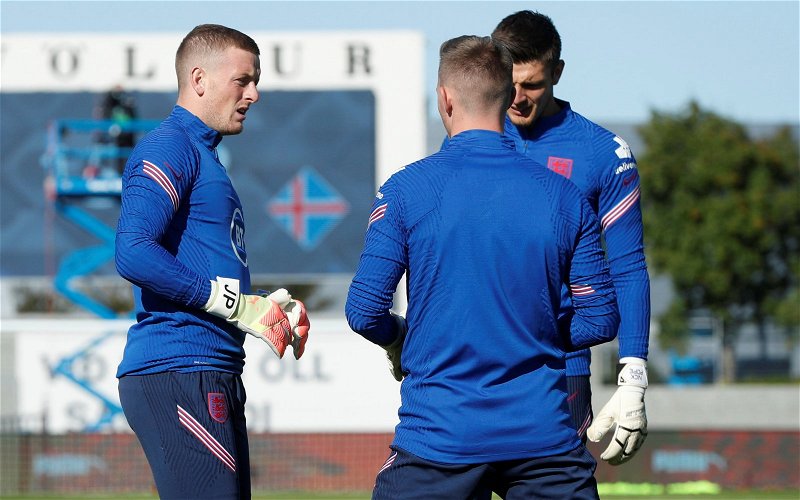 Manchester United goalkeeper Dean Henderson has said Everton stopper Jordan Pickford “deserves” to be starting for England between the sticks at the upcoming European Championships.

Henderson enjoyed a breakthrough campaign with the Red Devils, challenging David De Gea for the first-choice goalkeeper position at Old Trafford and cementing himself as a regular in the team late in the campaign.

However, his strong season looks unlikely to result in him getting a chance as the England no. 1 for the upcoming major tournament. Henderson said he has no issue with Pickford getting the nod from England manager Gareth Southgate.

Henderson’s own concession that Pickford deserves to be in the no. 1 jersey at the Championships adds credence to suggestions by Evertonians that their man is the strongest English goalkeeper.

There were times earlier in the season when Pickford’s form was ropey and with Henderson on the rise at United there were some suggestions that a changing of the guard was on the cards in goal for the Three Lions.

But Pickford was able to find some of his best form for the Toffees from February onwards, giving him an edge over his rivals for the spot. The fact he’s performed well at a major tournament previously and is a strong distributor of the ball from the base of the team will be key factors for Southgate too.

Henderson has all the tools to push Pickford in years to come and will gain valuable experience if he keeps his place for United. But the Everton man has shown this season he’s not going to give up his spot in the England team easily.