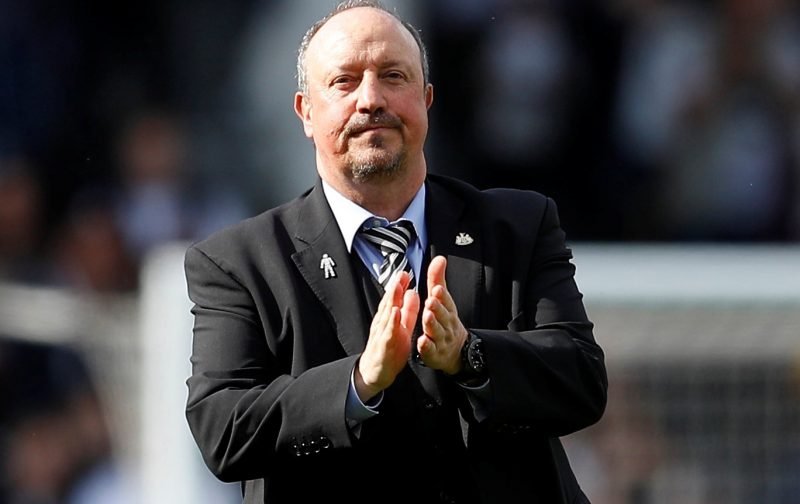 The number of names being seriously linked with the vacant Everton manager’s job continues to increase, with Rafael Benitez the latest figure said to be under consideration by the club.

According to the Daily Telegraph, the Toffees are giving serious thought to appointing the 61-year-old, who is currently without a club. Everton’s majority shareholder Farhad Moshiri is said to be a fan of Benitez’s body of work, which includes success with Liverpool, Valencia and Chelsea.

While Benitez’s former allegiance with Liverpool would be enough to put some Evertonians off him immediately—he once infamously referred to Everton as a small club in his time at Anfield—there are many other reasons why they should avoid going down this path.

It’s been a long time since Benitez was in the top bracket of European manager, with his short spell at Chelsea, where he won the Europa League, arguably his most impressive job since leaving Liverpool in 2010.

He was adored at Newcastle, although the team was relegated and then promoted under his guidance, playing a largely dour brand of football in the process. In his two full seasons in the Premier League, he accrued 89 points with the Magpies, exactly the same amount as current boss Steve Bruce has in the last two campaigns.

Everton don’t need a manager of Benitez’s profile either, as his appointment would be with a short- to medium-term view in mind.

The Toffees should see this as an opportunity to start thinking about the long-term again and bring in a manager who will work with director of football Marcel Brands to reconstruct a dysfunctional squad and establish a vibrant playing identity.

It’s been a long time since Benitez has shown himself to be capable of doing that.