How did Abdoulaye Doucoure fare on his Everton debut versus Tottenham? 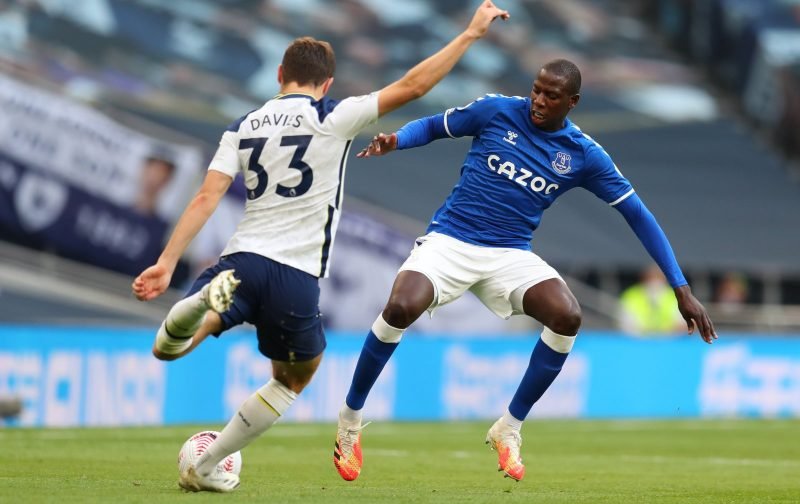 Everton won 1-0 away to Tottenham on Sunday to get the new Premier League season off to a perfect start, and their debutants (Allan, Abdoulaye Doucoure, James Rodriguez) all came away with credit for their respective performances. Doucoure was one of many who impressed on the day and deserved to be named Man of the Match for his contribution.

James Rodriguez was named Man of the Match against Spurs, but Doucoure could easily have been chosen. The 27-year-old produced an all-action display in North London, breaking up the play, turning over possession and creating chances at the other end of the pitch. Doucoure drove with the ball from deep, retained possession well and was accurate with his long-range passing.

As per WhoScored, the Frenchman played a full 90 minutes, had 67 touches, completed 84.2% of his 57 passes, won one aerial duel, made one clearance, created four chances, made two interceptions, attempted four long balls with 75% accuracy, made two tackles and had two dribbles. Doucoure was brought in to inject energy in the midfield while being a threat at both ends of the pitch, and he went some way to paying back his £20m transfer fee on Sunday.

We’re just one game into the new season and supporters are already waxing lyrical about Doucoure’s debut performance. The 27-year-old is everything fans wanted from Fabian Delph last season, so they can’t be blamed for getting excited.

Just can't get over how strong Evertons position is now. Still have to pinch myself that we have Ancelotti at the helm and players like Rodriguez, Allan and Doucouré bossing that midfield. Richarlison, DCL, Digne, Gomes, pickford and defence showing full potential as well 🙏💙💙

Alongside Allan and Andre Gomes, Doucoure helped limit Pierre-Emile Hojbjerg, Harry Winks and Dele Alli to just one created chance and one shot on target, so the trio perfectly stifled their opposition. Overall, we had 15 shots to Tottenham’s nine, 18 dribbles to their five, 19 tackles to their nine and were dispossessed only seven times to their 16.

We’ve enjoyed the perfect start to the new season and have a midfield good enough to stand up to the biggest clubs in the Premier League. It takes some doing to outplay Tottenham in their own backyard and our summer spending definitely had a lot to do with it. The future is bright.

In other news, how did Allan fare on his Everton debut versus Tottenham?