How did Allan fare on his Everton debut versus Tottenham? 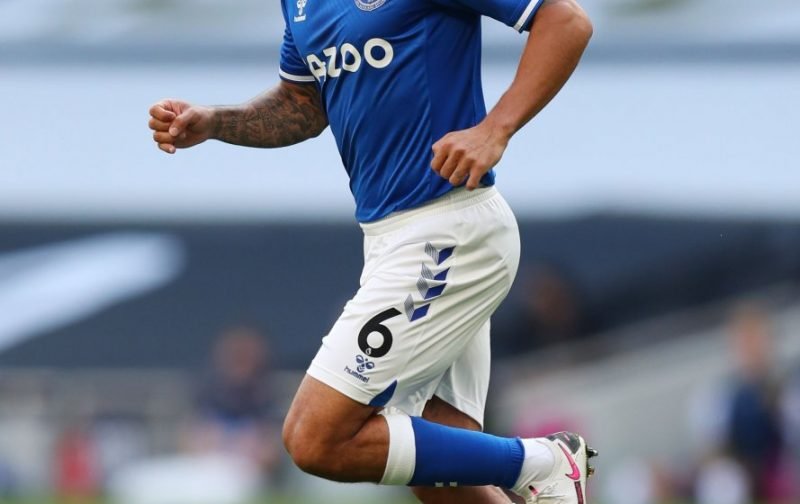 Everton enjoyed a winning start to the new Premier League season, beating Tottenham Hotspur 1-0 on Sunday, and all our new-boys delivered good performances in North London. Allan was one of them and has come in for praise from pundits, former players, teammates and supporters alike.

Michael Keane described Allan as ‘a defender’s dream’ after the Tottenham victory, highlighting how the good the 29-year-old is turning over possession and stifling the opposition.

Against Spurs, Allan played a full 90 minutes, had 73 touches, completed 83.6% of his 55 passes, attempted seven long balls with 42.8% finding a teammate, whipped in one cross, made four tackles, gave away two fouls, made two interceptions, won three freekicks, made one dribble and made three clearances.

Tottenham’s central midfielders Pierre-Emile Hojbjerg, Harry Winks and Dele Alli created only one chance between them and managed only one shot on target. Allan played his part in keeping them at bay.

Allan is already a hit among the fans after his performance against Tottenham and has many excited about what’s to come this season. A lot of supporters hailed him on social media and will be relieved that our midfield is no longer a weak area of the side.

It was imperative that we strengthened our engine room over the summer, so it’s a big relief that Allan has come in and made an instant impact. Only Richarlison (5) made more tackles than the 29-year-old (4) against Spurs and only Yerry Mina (3) & James Rodriguez (3) has made more interceptions (2), so the plaudits are deserved.

Allan is everything I hoped Delph would be. #EFC

The kit looks great. The three new signings were terrific. Rodriguez is on another planet to anyone we’ve had in recent years. Allan was born to play for Everton. But just as important, how good was Jordan Pickford today? We looked a really good side 1-11. #NSNO #EFC

If you told me 3 years ago that some geezer called Allan is gonna come in, dominate, and revolutionise our midfield I’d laugh me head off. #Everton #EFC #Allan

Watching Allan today made me feel like I was in the 80s again watching @reid6peter and I loved it !! 💙 #COYB #EFC

We have our Little General 💙

Allan’s performance is bad news for Delph. Allan was already a favourite of Carlo Ancelotti due to him managing the 29-year-old at Napoli, but he’s now likely to be a regular in midfield for the foreseeable future after an outstanding debut.

Allan is everything we wanted Delph to be. The former has shown himself to be a vast improvement on the latter in midfield and may keep Delph out of the side for a while now. We needed a player to bring some bite in midfield and thwart opposition attacks, so we’ve hit the jackpot with Allan it seems.

In other news, Fabian Delph is an injury doubt and water is still wet