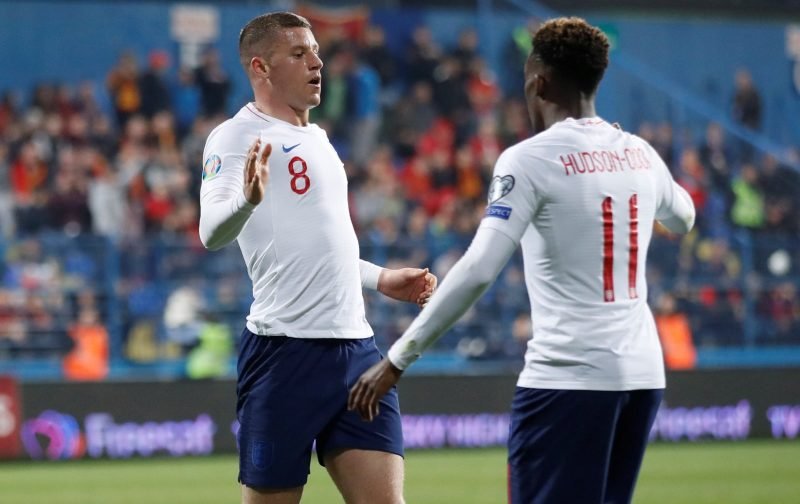 Ross Barkley was a fan favourite during his time with us, but the midfielder soured the relationship when he forced his way out of the door and joined Chelsea just over a year ago.

His career had begun to stagnate through injury while he was at Goodison Park, but the 25-year-old still had plenty of opportunities to fulfill his potential on Merseyside, without having to seek a move elsewhere.

Barkley, however, feels he has vindicated his decision to walk out on us, having put on, what he describes via quotes by the Express, as his best performance for England when he scored twice as the Three Lions beat Montenegro 5-1 on Monday.

“I think I needed it [the move] and I made it to challenge myself and win trophies and to improve as a player,” he said. “I am away from my family and down in London by myself, but I am in a totally different environment from Liverpool.

“Yes I miss being with my family but you know, it is totally different. It is how I mature as a person and a player. It is good.

“It was my best performance for England [on Monday]. I came up with the two goals and had a hand in a couple of the goals, but the main thing was come to here and put in a positive performance.

“It is a case of just believing in myself. Having confidence. My focus is to add something to the side, and we performed really well.”

Moving away from Goodison Park is not the only aspect Barkley feels his career has benefited from since joining Chelsea, with the 27-cap international adding that his new-found maturity stems from a better diet.

“Compared to when I was 18, 19 or 20, I would say diet [is the main thing],” he added. “That is much better. But my approach to games is much better as well. I am going into games with the right preparation, and I am more relaxed rather than think about things too much.”

Barkley’s brace at the Podgorica City Stadium were his third and fourth successful strikes for the Three Lions, with his first goals for England coming over three years ago when he found the net against San Marino and then Lithuania in the previous round of Euro qualifying games.