“Brands masterclass”, “No brainer” – So many Everton fans are desperate to sign “perfect” £30m star 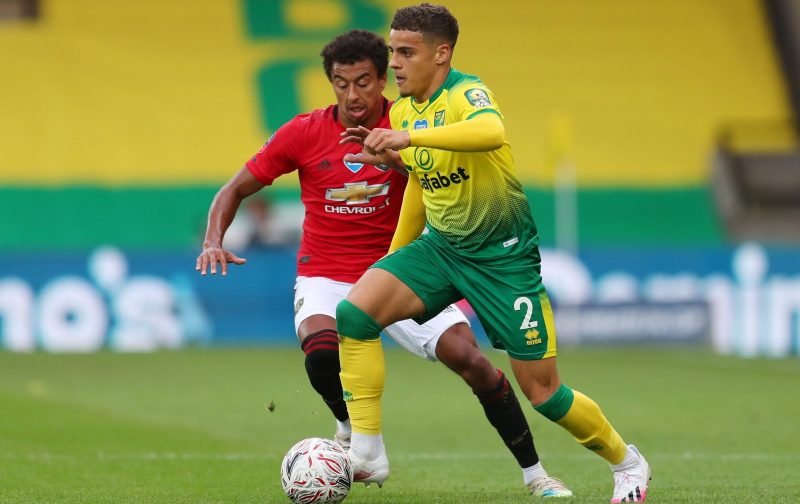 Everton may not have been in action this weekend, but that hasn’t stopped the eagled-eyed Toffees faithful from getting in their football fix.

It appears as if many tuned in to Saturday night’s FA Cup offering of Norwich City versus Manchester United, just days after the Merseysiders defeated the Canaries 1-0.

And plenty of fans have been impressed with Max Aarons, so much so that they want to see him arrive at Goodison Park in the summer.

Should Brands splash the cash on Max Aarons? 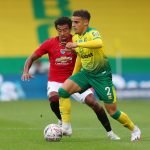 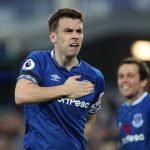 The 20-year-old has taken to the Premier League like a duck to water, averaging 1.9 clearances, 1.4 tackles and 1.3 dribbles from 29 appearances, via WhoScored.

Carlo Ancelotti’s only options in the right-back role are Seamus Coleman and loanee Djibril Sidibe, who the club don’t want to sign permanently.

It’s led to many pondering the thought of signing Aarons if he were to become available – something that could indeed happen if Norwich go down.

According to the Daily Mail, the Norfolk outfit value him at £30m.

Some supporters have claimed he would be a “great” addition whilst others have said they’d “love” to see him in blue next term. There was even a few shouts to offer midfielder Tom Davies in return.

He's good, has his flaws, but would probably sort out right-back for the next 10 years if we were lucky.

Likelihood is though, we won't spend the amount that Norwich would want for him on a right-back considering the circumstances

I’d look to throw Davies to them on loan as a deal sweetner, maybe JonJoe as well.

Cracking player. Plenty of time on his side. No brainer.

I want him and Cantwell. Cantwell is literally what Davies should be right now

Been saying this for at least 6 months, great young RB would love him at the blues

First time I’ve really seen him this week, today and against us, yes looks good and will cost more than £60k

Be all over him. A genuine successor to Coleman and we could slowly integrate him into being our first choice, whilst he progresses alongside Coleman.

Would love us to get Aarons, a couple of seasons working with coleman as he is phased out of the team would be ideal!👍