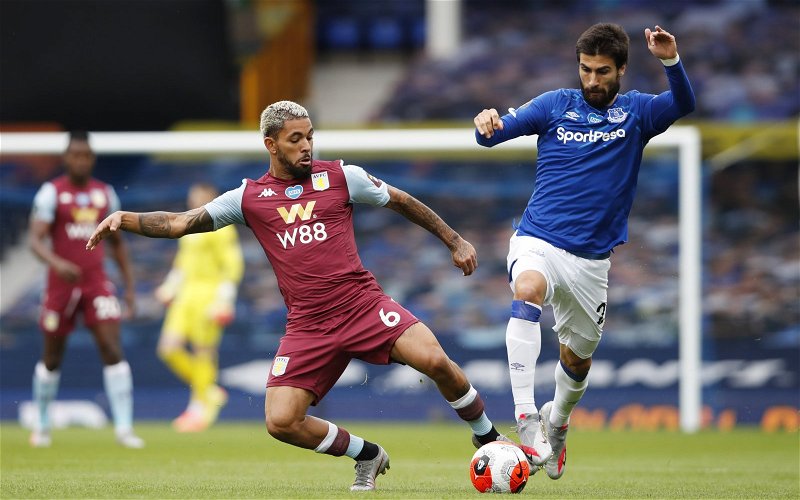 Everton put in another disappointing display as they needed last gasp heroics from substitute Theo Walcott to down relegation-threatened Aston Villa at Goodison Park on Thursday night.

The diminutive winger popped up amongst a goalmouth scramble two minutes from time to salvage a point after Ezri Konsa bagged 15 minutes earlier from a Conor Hourihane set-piece.

But supporters were once again left reeling by the performance from central midfielder Andre Gomes as he returned to the starting lineup having missed Sunday’s 3-0 thrashing at Wolves.

Should Gomes be starting for Everton next season? 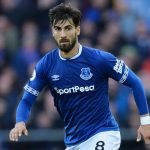 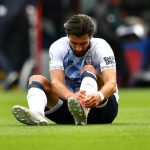 Per SofaScore, the 26-year-old lost 66% of his duels, committed three fouls and was dribbled past on two occasions.

It’s led to the Toffees faithful blasting him for being a “liability” as well as being “absolutely abysmal” whilst one supporter pondered whether he was an imposter.

The Portuguese midfielder cost the club €28m (£25m) in the summer after spending last season on loan in Merseyside and evidently, he’s failed to impress fans.

There were even shouts asking the club to get rid of him at the end of the current campaign.

Abysmal, disgraceful performance. A lucky goal to equalise doesn’t change that. We’ve been shocking for the last few games now. The players don’t give a shit anymore. Andre Gomes continued his embarrassingly bad form and Bernard had his worst game in an Everton shirt. #EVEAVL

Andre Gomes worst player in a blue shirt. Impressive given the company he's in.

Andre Gomes is simply not good enough. Too weak in midfield, gives stupid fouls away and continuously loses the ball.

Has any seen the real André Gomes ? This guy an impostor… how many times has he lost the ball #EFC

Andre Gomes is absolutely spent. No energy, questionable decision-making, wayward passing and head has completely gone. Got to think that Son challenge had some mental and physical effects which, sadly, may never go away #efc

Andre Gomes is finished, looks a shadow of what he was pre-injury

Get Andre Gomes off he’s been absolutely abysmal

Gomes at fault for another goal btw, 22 million

Gomes should not be walking out onto that pitch 2nd half

He’s the fabled yard too slow for English football. We need two centre mids in the summer

Can somebody explain Gomes role? He doesn’t win any balls and he creates nothing offensively! #Toffees #EFC #EVEAVL

Gomes is a passenger at best and most games now is a liability. He makes more errors than Pickford.