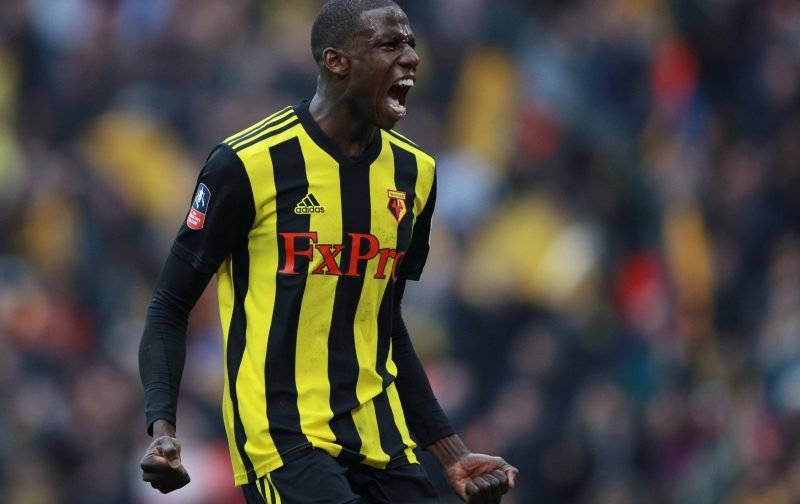 Everton have seen an increased bid for Watford midfielder Abdoulaye Doucoure rejected, according to RMC Sport and L’Equipe.

The Hornets are loath to losing the imposing midfielder on the eve of the new Premier League season commencing, and RMC Sport note in the live transfer feed (August 6, 13:38) that the Vicarage Road natives are ‘unyielding’ in their stance heading closer to Deadline Day, although that may change.

Marco Silva is hopeful he will be able to reunite with the 6ft Frenchman before the window slams shut on Thursday, having worked with Doucoure while in charge of Watford.

But Everton’s initial £32million offer was rebuffed over the weekend, and an improved €40million (£36.7m) bid has fallen on deaf ears, as Hornets boss Javi Gracia sees the former Stade Rennais unit as an integral piece of his plans.

Watford CEO and Chairman Scott Duxbury is claimed by L’Equipe to have assured Gracia that he will be able to build his plans around Doucoure, however the French outlet note that Silva is likely to request Marcel Brands’ issues another improved offer, either this summer or next January.

It remains to be seen if, or when, our Director of Football will return to Vicarage Road with a third bid to sign the midfielder Silva appreciates ‘enormously’, but the Dutchman’s offering will have to be a substantial increase on what has already been put on the table.

Watford are said to have seen our opening offer as ‘way off’ what would tempt them into considering the 26-year-old’s future, as they feel the £50million valuation given to Paris Saint-Germain in the winter is a far closer representation of what he brings to Gracia’s side.

The late nature of our approach has also thrown hurdles in our path, on top of the frosty relationship between our two clubs, as Watford would be left with little time to find an adequate replacement, given the market slams shut on Thursday at 17:00.

Instead of losing a key part of the squad, the Hornets are hopeful of closing out the summer window with the club-record acquisition of Stade Rennais forward Ismaila Sarr, who they value at £25million but face paying as much as £30m.

Duxbury is in no need to sell before buying, either, as Watford have recently banked £20million from the departure of Dodi Lukebakio to Hertha Berlin, despite the Belgian making one appearance for the Hornets.