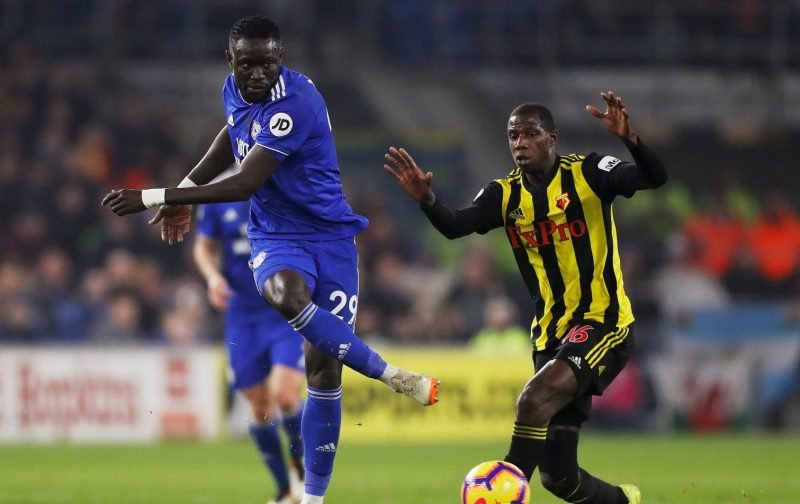 Oumar Niasse may not be the hottest of property at Goodison Park, but the forward is currently earning the attention of Super Lig heavyweight Fenerbahce, as per Milliyet.

The Turkish publication are suggesting the Yellow Canaries will look to our man in the summer, once he returns from his shoddy loan spell with Cardiff, as he has the potential to turn the tides at the Sukru Saracoglu Stadium.

Ersun Yanal’s side currently find themselves lingering in 14th place, and just six points from the relegation zone, after a torrid campaign has returned just seven wins from 28 games.

Fenerbahce’s struggles to turn draws into three-points is said to have cast doubt over the futures of many first-team regulars, including Roberto Soldado and Islam Slimani, who will likely return to Leicester City when his loan deal expires.

Club President Damien Comolli is not waiting around, either, as Milliyet add that he has already held talks over Niasse’s future, although who those discussions were with is not stated.

The Yellow Canaries’ interest should also be viewed with slight hesitation, as their Super Lig rivals Besiktas are also understood to have held talks over a move for Niasse.

Black Eagles board member Erdal Torunogullari reportedly met directly with Niasse at an event for the Association for Football for Peace earlier this month, and was left in positive thought over a return to their winter interest.

News that Fenerbahce are now willing to move for Niasse, whose contract at Goodison Park runs until 2020, could be nothing more than to test Besiktas’ stance.

While on loan with Cardiff, the 28-year-old has made eleven appearances, but has failed to score a single goal and has only managed to fashion 16 shots.